A couple of weeks ago we had to go through a week of intense discipline with our three-year-old toddler. Timmy is a very sweet and funny boy but that doesn’t exempt him from having tantrums and rebellious moments. One thing that kept recurring with him is his tendency to show his rebellion by stomping his feet, raising his voice, and hitting objects (like the table and the couch). 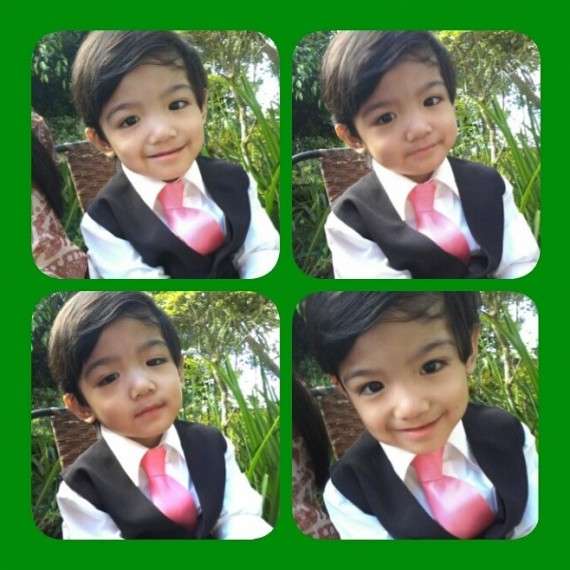 We knew we had to deal with it more drastically even if it meant having to spank him every day (and on certain days more than once a day). For some reason, it doesn’t stick to him that this behavior is wrong. He had been already been spanked before for doing these things but after which we went back to simply telling him to stop. 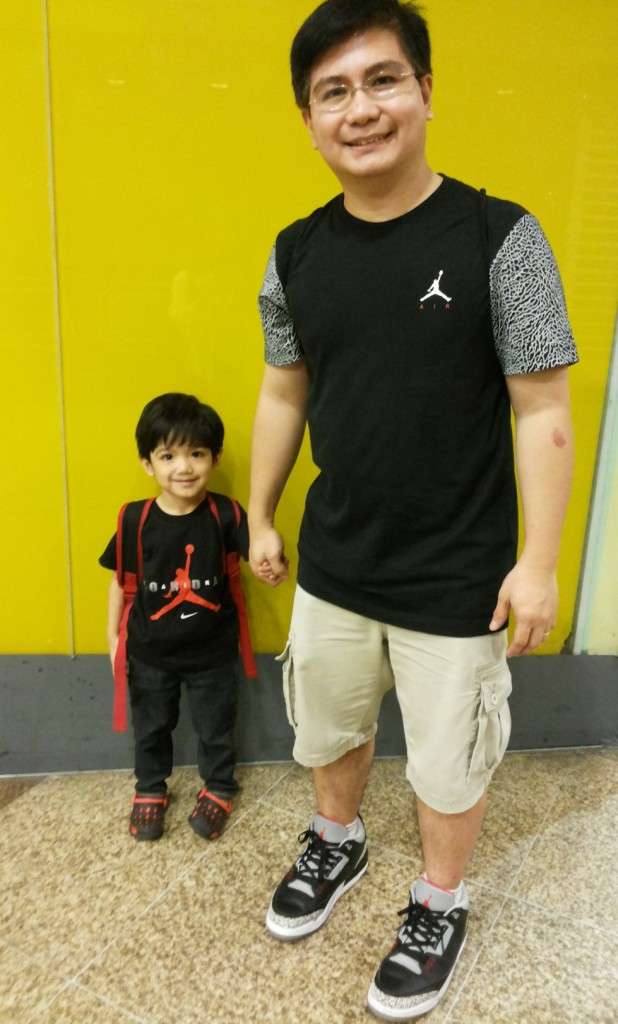 My husband Omar became quick to discipline the moment he did any of those things. Timmy would cry his lungs out and even shout while crying. He would call my name and beg for my rescue. As painful as it was for me not to even come close, I had to do it. I had to let him sort things out with his dad and once they’re all good that’s only time I could come in. He also did the same thing to me when I spanked him and he was calling for his dad. Sorry son, dad’s not home so you have no choice but to deal with me. 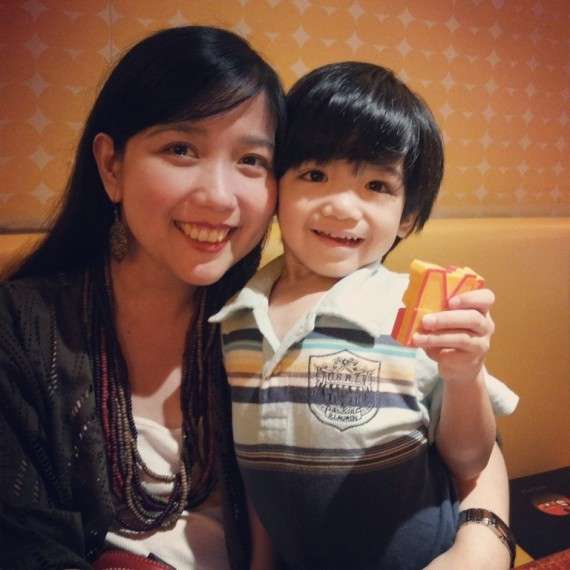 After that intense week, we saw those antics lessen a lot. Even now, he’s very mindful of how he reacts to situations. I can see in him that he gauges his own response before actually doing or saying it. There was a time when he whispered, “I want to sit down on the floor.” Before, that was his way of expressing his rebellion and he says it loudly. When I asked him again in a stern voice, he looked at me and said, “I just only want to play.” He then continued to play and didn’t say that statement again. 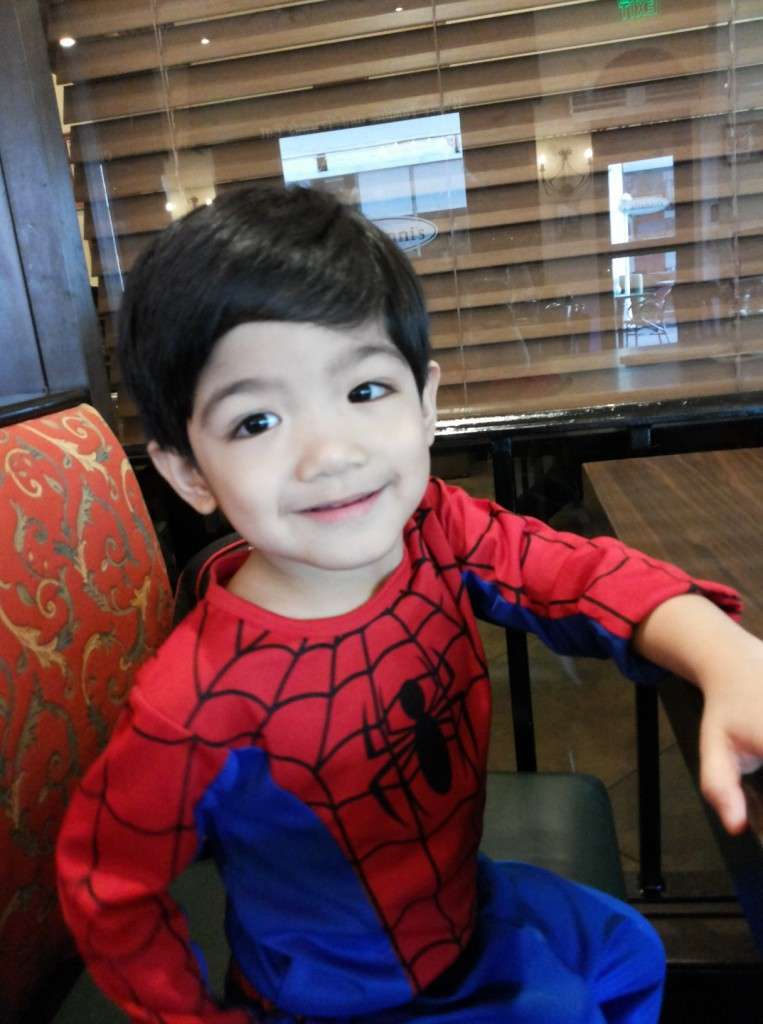 It’s true what they say that it’s easy to love your children but it’s so difficult to discipline them. When I see Timmy, I see a lovable child who gives butterfly kisses on my cheeks and always demands my attention in the cutest possible way. But I also see that he’s growing up and his human nature (that we all share) is kicking in fast. The desire to do things his way, the urge to push boundaries—the very things we adults struggle with are manifesting already. 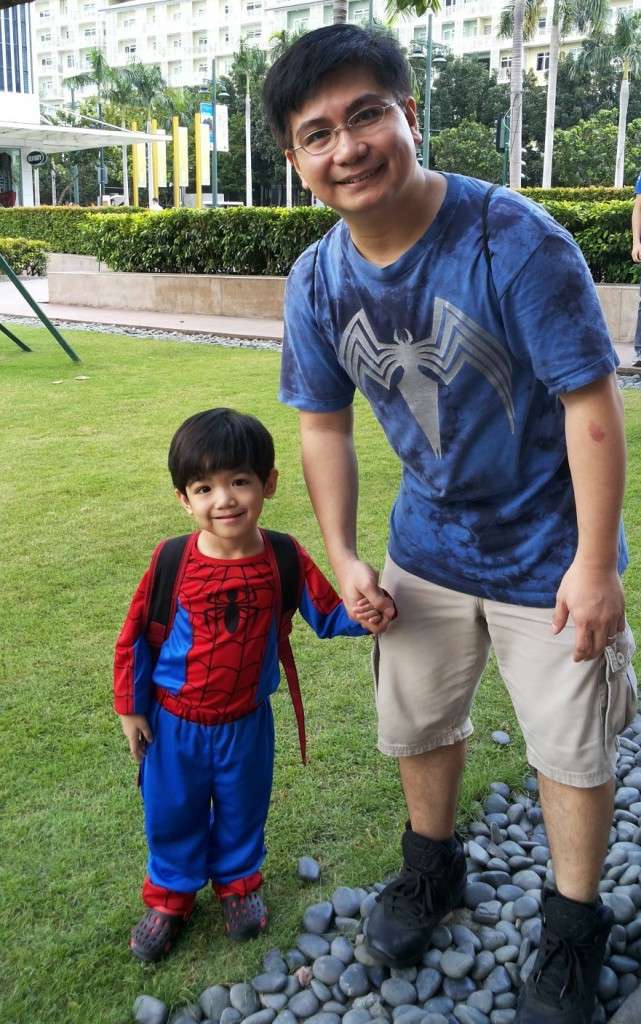 God made me realize that it’s the very reason we are given parents to correct us and direct us to the right direction. I grew up being disciplined, too. I developed a healthy fear and respect for my mom because of that. We want our son to have the same healthy fear with us, too. We want him to grow up listening to our guidance and counsel because we only want what’s best for him. I learned a lot of things during that week and I want to share them with you.

Whoever spares the rod hates his son, but he who loves him is diligent to discipline him.

We need to be forgiving. I have to admit that it’s hard to deal with a stubborn child. It’s hard to forgive if your child keeps testing you. I’ve learned to be more forgiving through Timmy. You see, after we spank him, said our sorry’s and I-forgive-you’s Timmy is back to his normal self. He would play with us. Show sweet gestures as if he wasn’t bawling a few minutes ago. He, too, was forgiving of mommy and daddy. Sometimes after I discipline him I still feel irritated but his natural response of wanting to be with me again taught me that this is what forgiveness is all about. You forget and move on.

Folly is bound up in the heart of a child, but the rod of discipline drives it far from him.

We need to be patient. Our children are not robots programmed to do anything we ask them to do. They have free will just like the rest of us. We need to patiently mentor them. Guide them, explain things to them, and pray for them. Even if it means having to teach the same things over and over again, we need to just press on and do it until they fully understand. I realized that I can’t give up and just let him go on showing these behaviors just because I’m tired of it.

The rod and reproof give wisdom, but a child left to himself brings shame to his mother.

We need to show tough love. Not everyone believes in disciplining or spanking their children. But tough love is the only way kids learn. Even us adults, we learn the most from our most painful experiences. You don’t learn by cruising through life. You learn from its ups and downs. Tough love makes our children realize that there are consequences to their actions. It makes them realize that their decision to disobey mommy and daddy is wrong. Tough love may hurt but it only hurts for a while. The lesson sticks for a long time.

For the moment all discipline seems painful rather than pleasant, but later it yields the peaceful fruit of righteousness to those who have been trained by it.

I can’t say that it’s over and we’re all done disciplining Timmy. He really improved a lot after that week and we can only praise and thank God for that. We know that in the future he will have other behaviors that we have to deal with but we’re taking it one day at a time. God is the same with us. He always keeps an eye on us, disciplining us (even as adults) when we stray far from Him. Not because He’s a possessive God but because He’s a loving God. He knows when we’re headed for destruction and discipline prevents that from happening.

Know then in your heart that, as a man disciplines his son, the Lord your God disciplines you.

What a week it has been but it was full of lessons for all three of us. We show our love to our son through so many things like spending time with him, buying him the stuff that he wants, taking care of him, teaching him, and playing with him. But I guess disciplining him is the form of love that truly helps in molding his character. It’s the most difficult expression of love yet the most fruitful in the long run. 🙂 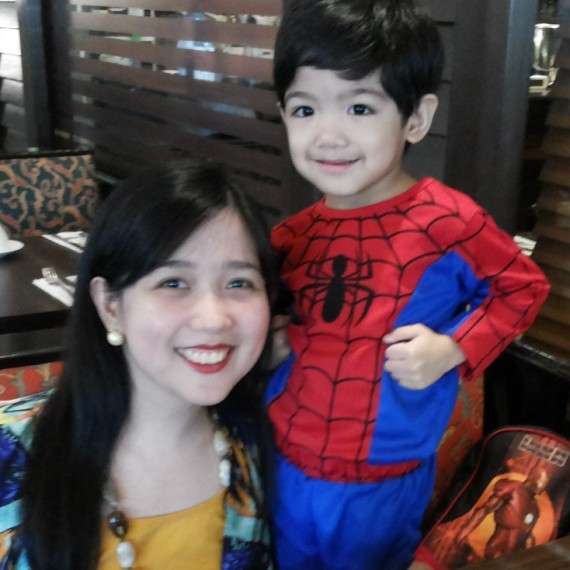