T is for Timothy!

We really had a blast doing our first letter of the week. 🙂 I was so giddy and excited that I woke up 4:30am Monday morning to prepare our activities! Haha! I already outlined what we’ll be doing and all my ideas came to life in that ungodly hour. I can only attribute it to God, the giver of awesome ideas even in the most uncanny time. 🙂 I think it paid off because Timmy and I enjoyed our T Week!

I mentioned in my previous blog that we’re spelling his name first before doing the alphabet chronologically. Got that idea from Mommy Bares All and Timmy got excited with the idea, too! Since T is a pretty easy letter, we had lots of things that start with T. So I decided to make a sensory bin full of things and books that start with T. 🙂 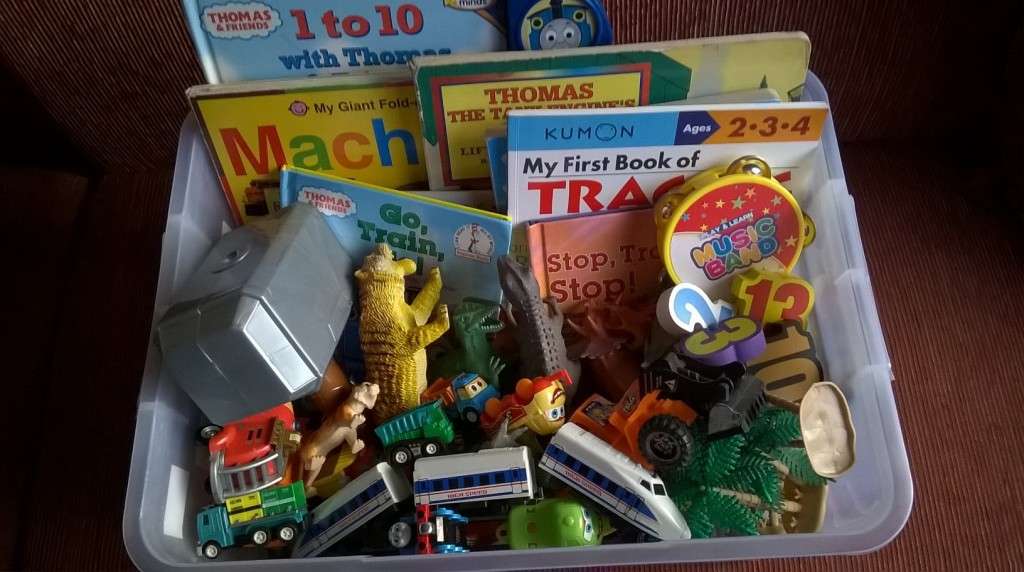 Of course, it had to be Timothy, my son’s namesake. 🙂 I made a 3D-ish card that has the meaning of Timothy along with our memory verse for the week. I also found two cool videos that fit our lesson. 🙂 One is about the story of Timothy and the other is a song for 1 Timothy 4:12! Praise God for people who create these videos! Timmy memorized the verse easily along with the basic outline of Timothy’s story, too! 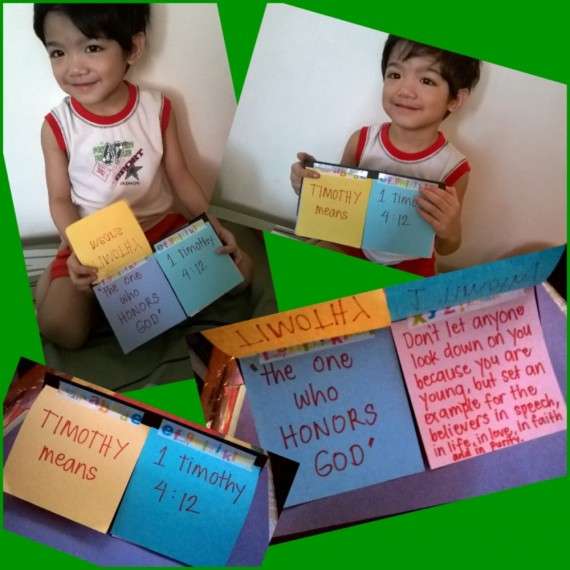 For this week, I set aside books that start with T for our story time. 🙂 We have multiple reading sessions a day so it’s great to have a lot of resources. 🙂 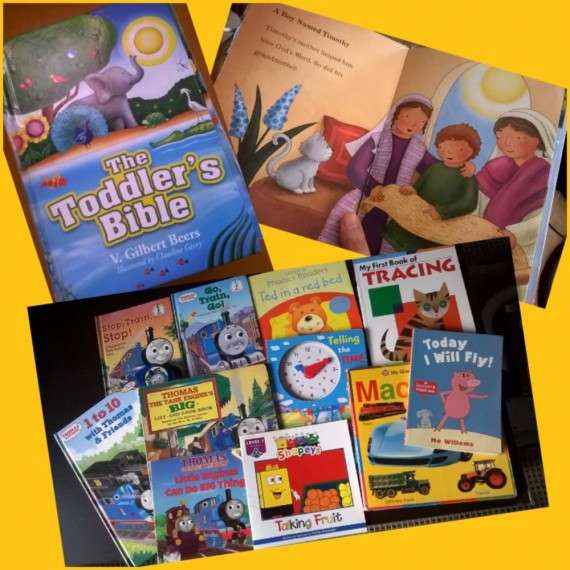 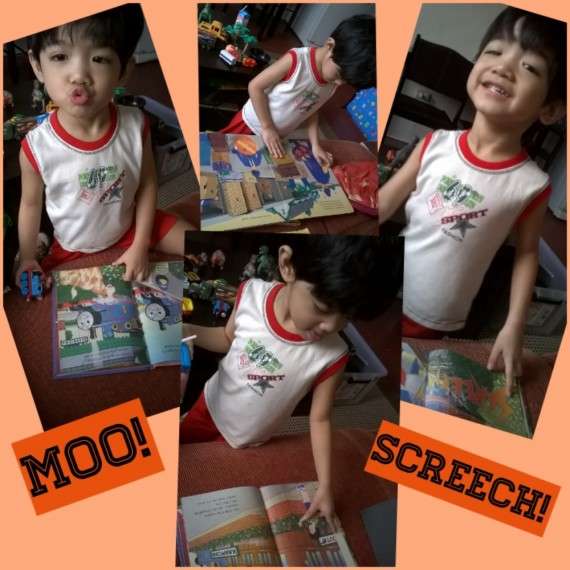 We did an activity on sight words. I asked Timmy to get the corresponding toy that’s written on the paper. 🙂 It’s a simple word association game that’s fun and easy to do! I think it’s the searching for the toy or object that makes it exciting. 🙂 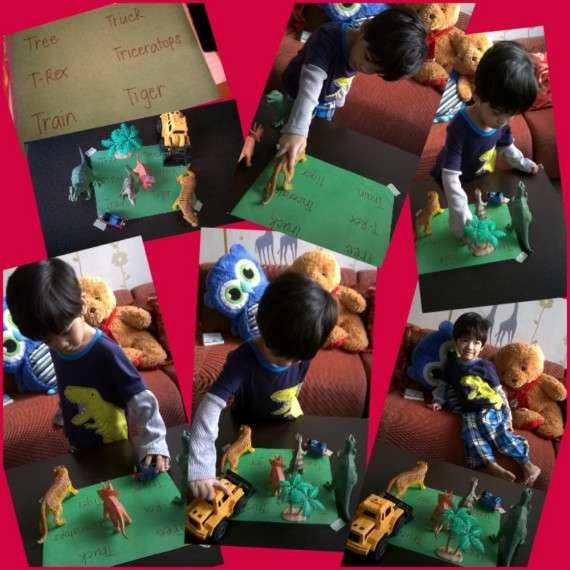 Timmy designed a big T and small t using a Tape. My little boy is not fond of writing and he’s not interested in tracing no matter how colorful the workbook is. He doesn’t like pencils. He prefers colored pens. 🙂 So I decided to combine his love for words and pens! I wrote words that start T but didn’t write the said letter. I told him that he won’t be able to read the word because it’s not complete. He needs to write the T’s so he can read the words. It worked! 🙂 I only did one set and since he was on a roll, we ended up finishing three papers practicing T under the guise of completing the words! That idea came out of nowhere but I knew it was God who reminded me about what Timmy loves and took advantage of it to get him to write! 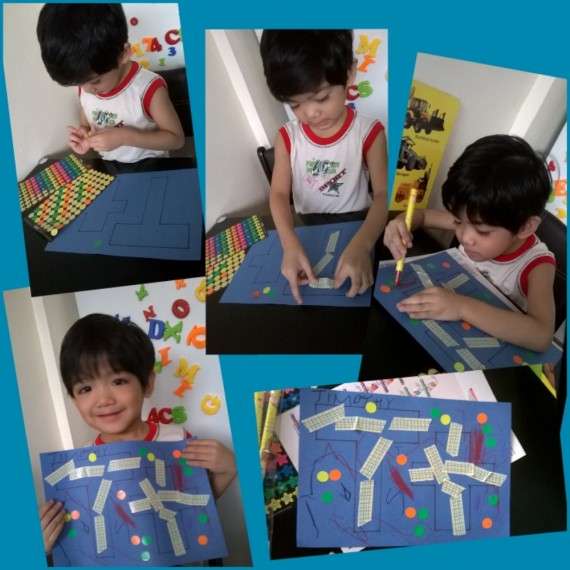 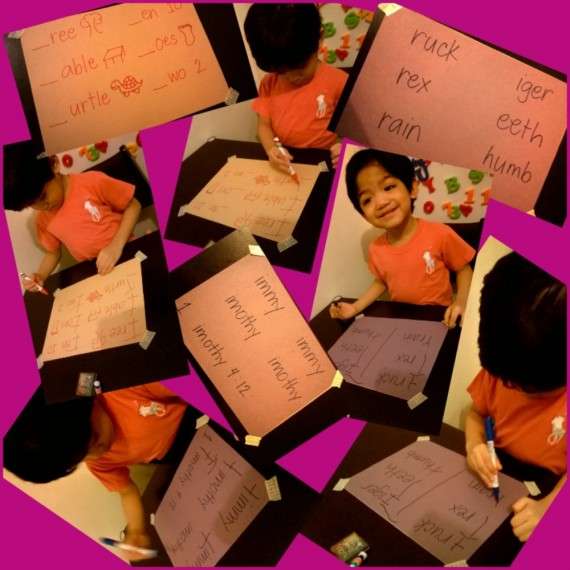 I made 3D-ish cards again that contain the words LESS and MORE. I placed two sets of Trees, one with more quantity and the other with less, then asked Timmy to put the LESS and MORE where it should be. 🙂 When I first tried to teach this concept to Timmy, he didn’t seem to get it. But when he saw and touched the Trees, he immediately got the idea! We also did the TWO, THREE, TEN counting game. I asked him to place the corresponding number of toys under the TWO, THREE, TEN squares. It’s great because it helped Timmy to be patient especially in counting up to 10! He seems to be in a hurry when counting (always) but the GAME concept and the goal to win helped him to slow down and count properly. 🙂 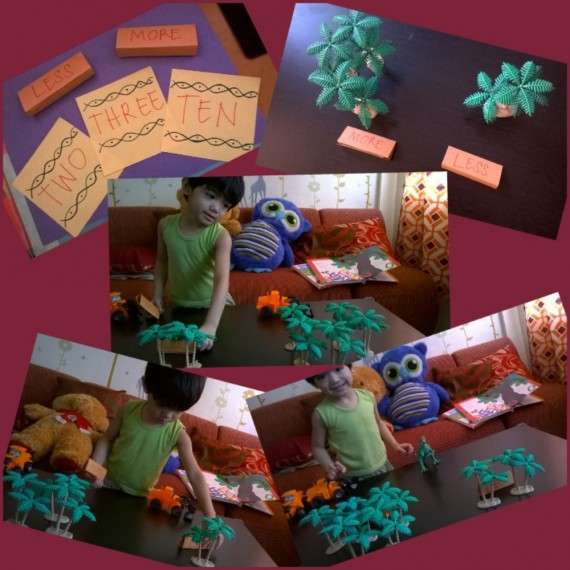 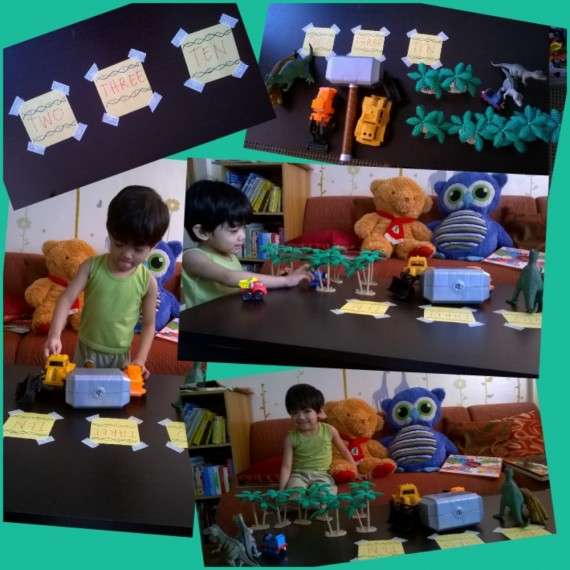 I made a basic outline of a Turtle and asked Timmy to design it with Triangles! He really had fun with this one! He even suggested that we put shoes and hat on his turtle! 🙂 The googly eyes made the Turtle cuter, too! 🙂 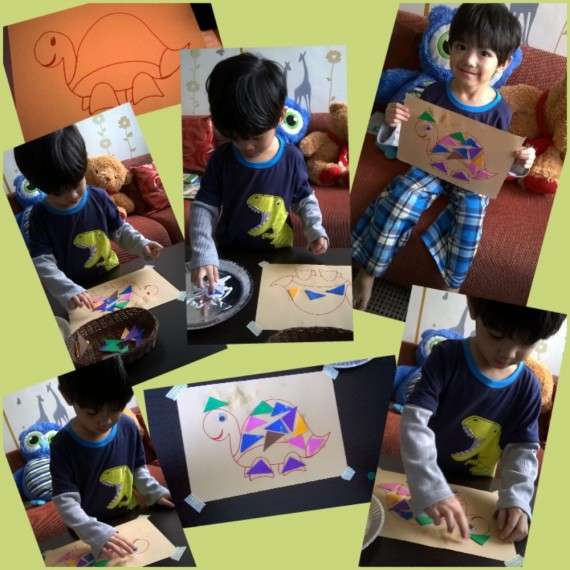 We made a Telephone (a cellphone actually) and I explained to Timmy how it works and why people use it. 🙂 Up to now he still uses his phone and calls us everyday. He’s very proud that he has his own smartphone now! 🙂 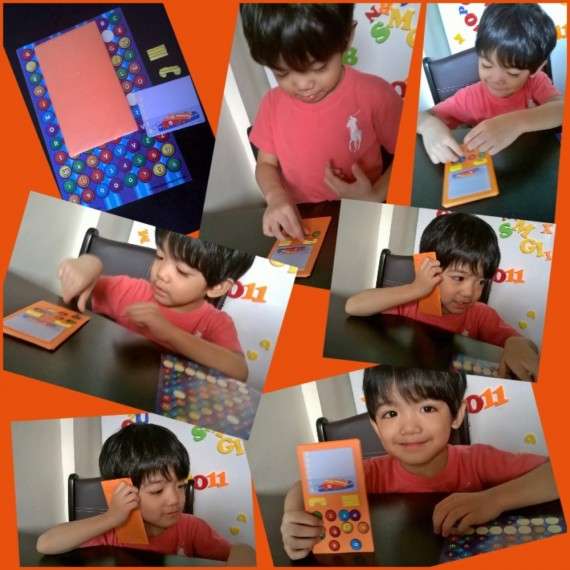 I made a Filipino mat for Timmy with Tagalog words that start with T. They are mainly verbs so that’s what we used for our P.E. like “Takbo, Timmy!” then “Talon, Timmy!” then “Tago, Timmy!” It was fun! He even remembered the word “Tulog” and told me “Tulog na si Timmy!” Haha! Another part of our P.E. is his favorite T activity, TICKLE TIME! He got extra doses of Tickle Time last week because of our theme. 🙂 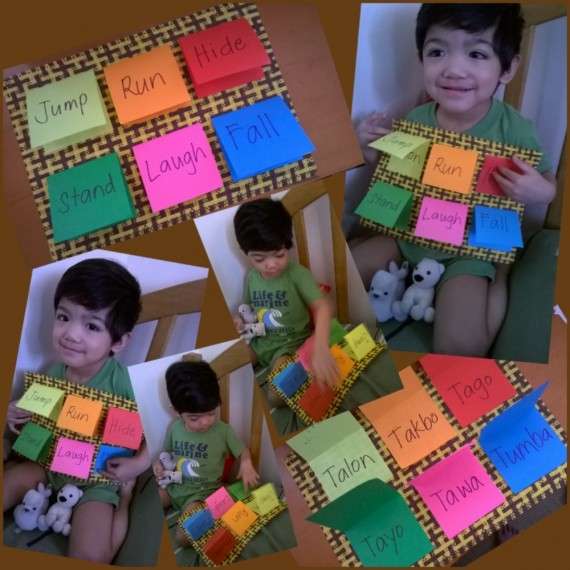 I asked my husband Omar to tell Timmy a superhero story. So my boys visited Asgard and learned about the story of THOR! 🙂 It’s very timely that Timmy has Thor’s hammer, too! I really love when my boys read together! 🙂 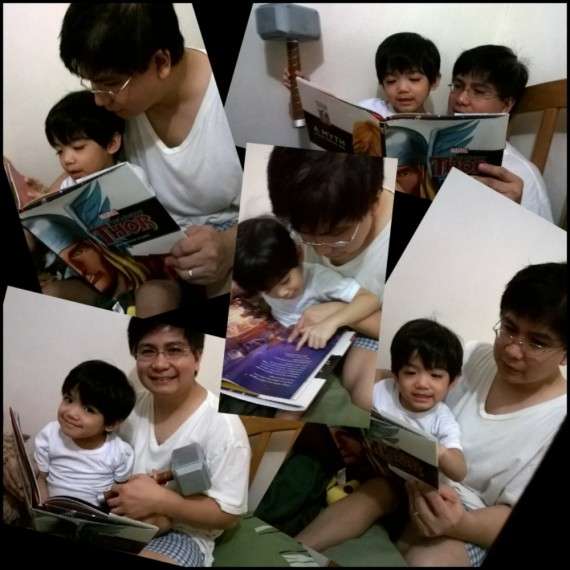 That wraps up our letter of the week! This week, we’re doing letter I. I admit, this letter is pretty challenging so we’ll see how our week turns out. Heehee! I’ll share with you again our activities next week! 🙂 Ciao!