Jesse Bear, What Will You Wear? by Nancy White Carlstrom (Five in a Row)

Heartwarming in every way, Jesse Bear, What Will You Wear? was one of the books that gave us tons of giggles. c”,) We even invented some odd sounds and used it to replace the word “wear.” For example, “Jesse Bear, Jesse Bear what will you pfft?” Haha! I don’t know why or how we came up with it but it was fun so we kept changing the sounds! c”,) Haha!

This book is a story of a bear who describes what he sees and does as something he wears. It’s a really charming book for little kids! I love that it promotes routine at home because children need that. c”,) They need a sense of predictability to help them know what they need to do and what they can look forward to within the day. 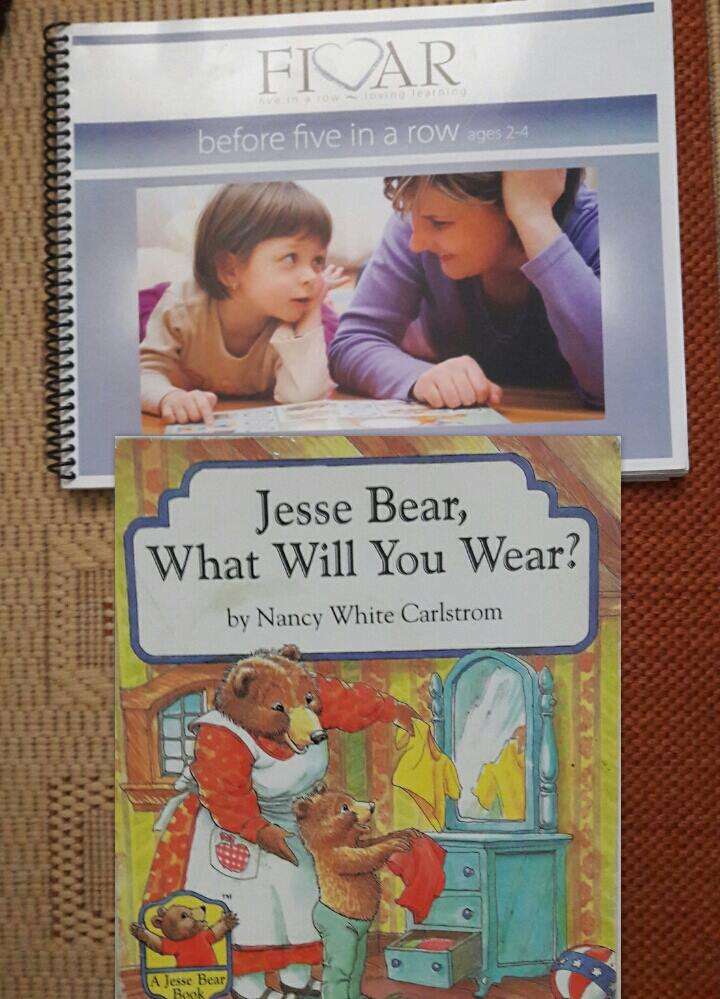 Since it’s about Jesse, an adorable bear, we also read stories from the crazy adorable bear family, The Berenstain Bears. These guys are really funny! Not to mention the rhymes are great for read-alouds, too. c”,) 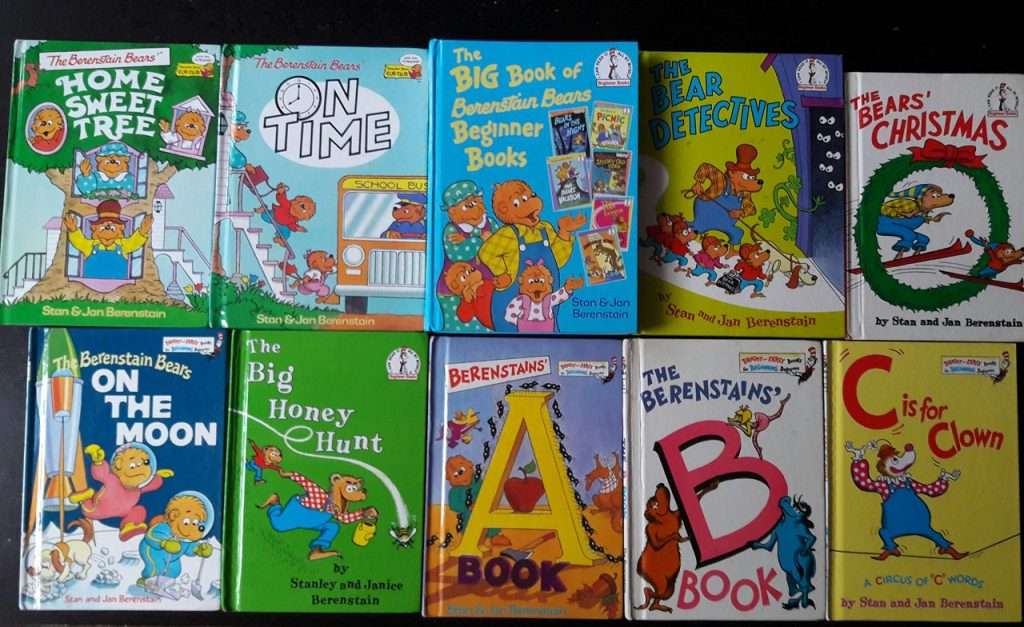 To process his comprehension, Timmy answered some questions about the book like what his favorite part was. His answer? When Jesse Bear was stuck in his chair. Hahaha! c”,) When asked what he remembered about the book, he said, “Jesie Bear dressing up tonight.” Jesse really did dress up in his jammies before he went to bed. c”,) 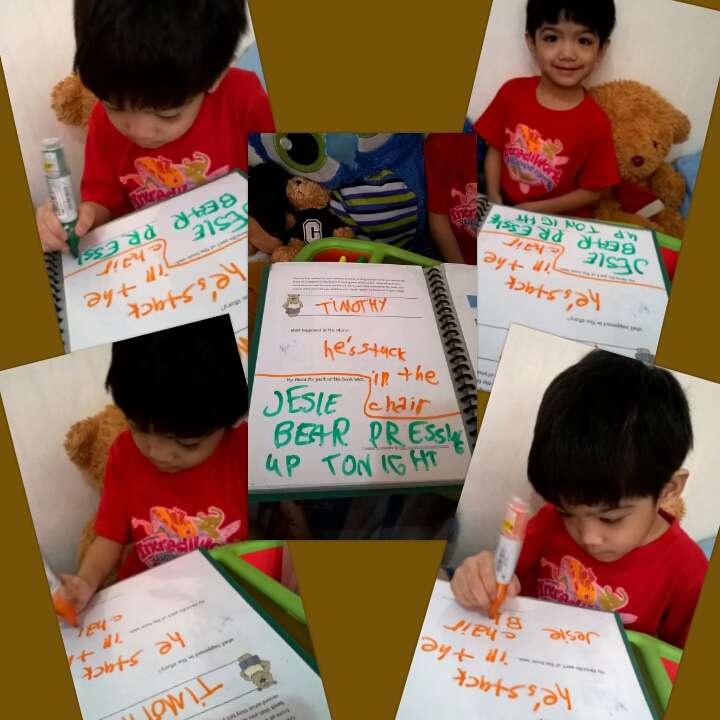 We also did some phonics and rhyming activity. Timmy identified the first letter of the objects in the picture. He also matched the objects with rhyming sounds. c”,) 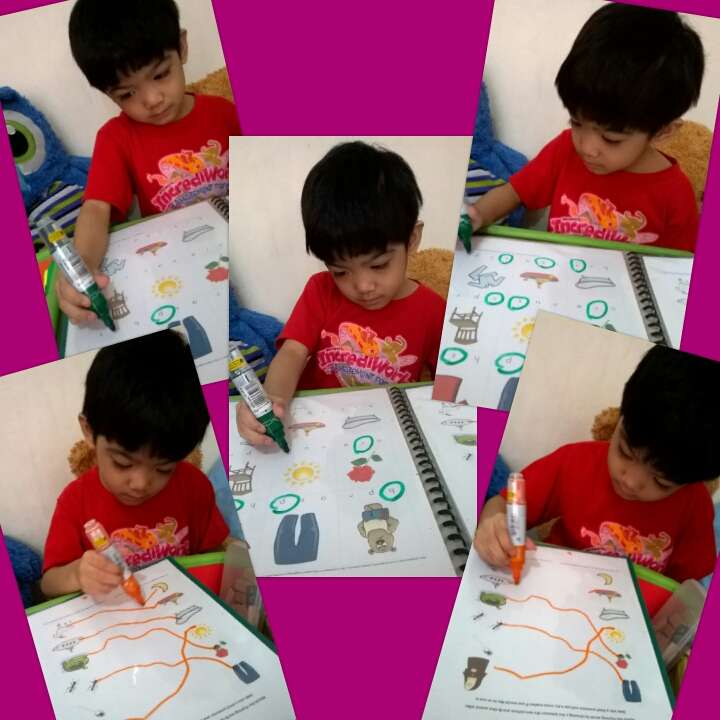 Since we did this when he was four years old, Timmy did some tracing practice. My little guy agrees to this activity only if the tracing is about something he’s interested in and this book got him hooked. Thus, no tracing complaints. c”,) 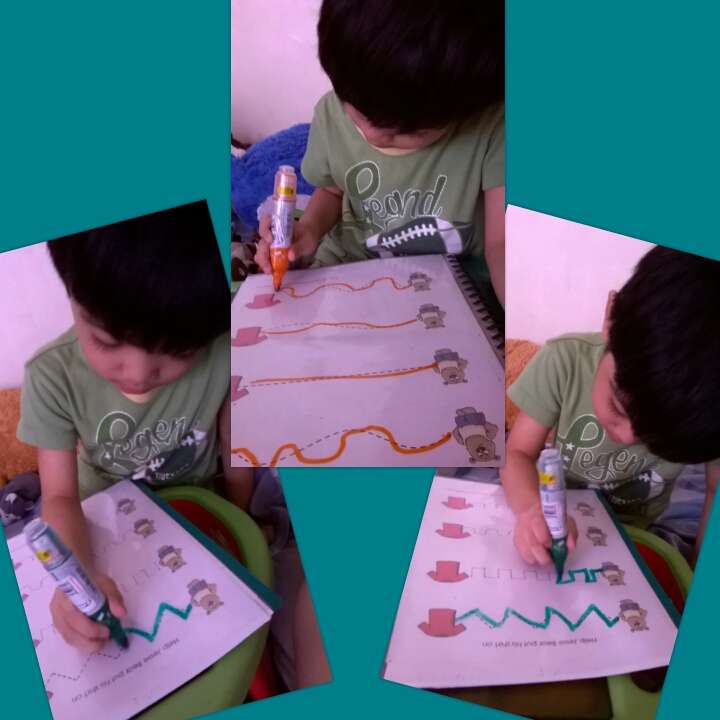 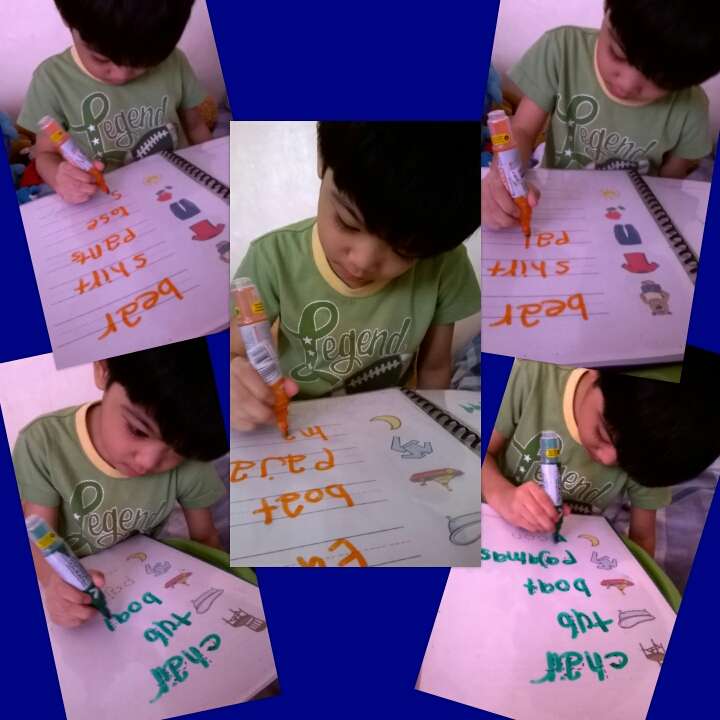 We learned the basics of measurement! Timmy measured how long the vegetables were. Jesse Bear eats healthy food which made me happy because it was another opportunity to promote veggies! c”,) 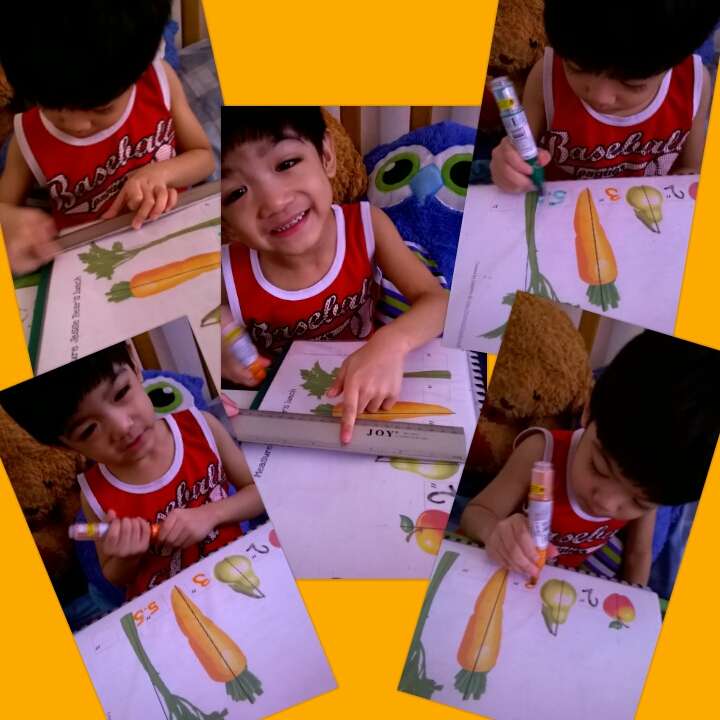 Timmy also did some pattern practices, an activity he likes a lot ever since he was three. c”,) Whether it’s pictures, letters, or numbers, he just loves completing patterns! 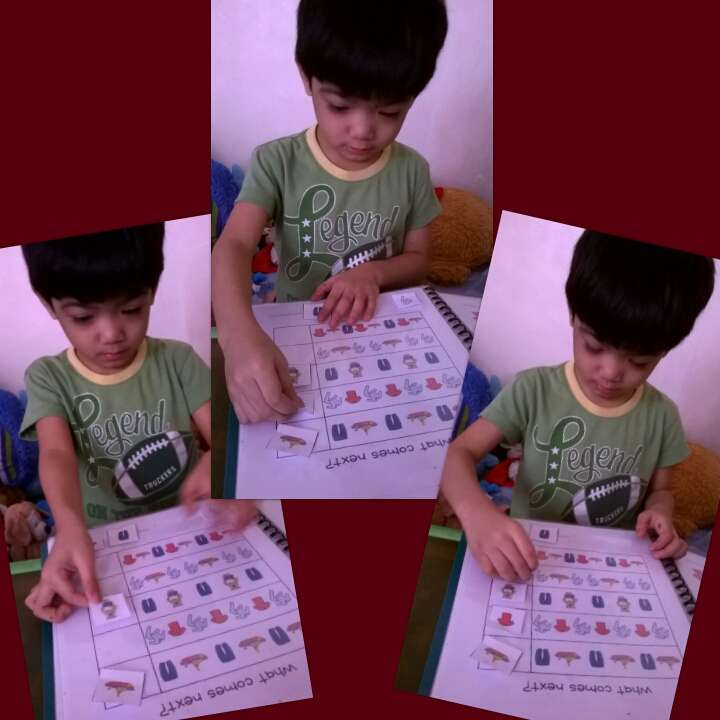 We also did some spot-the-difference activities, identifying which objects are in a different position in the group. It also helped him practice his observation skills. c”,) 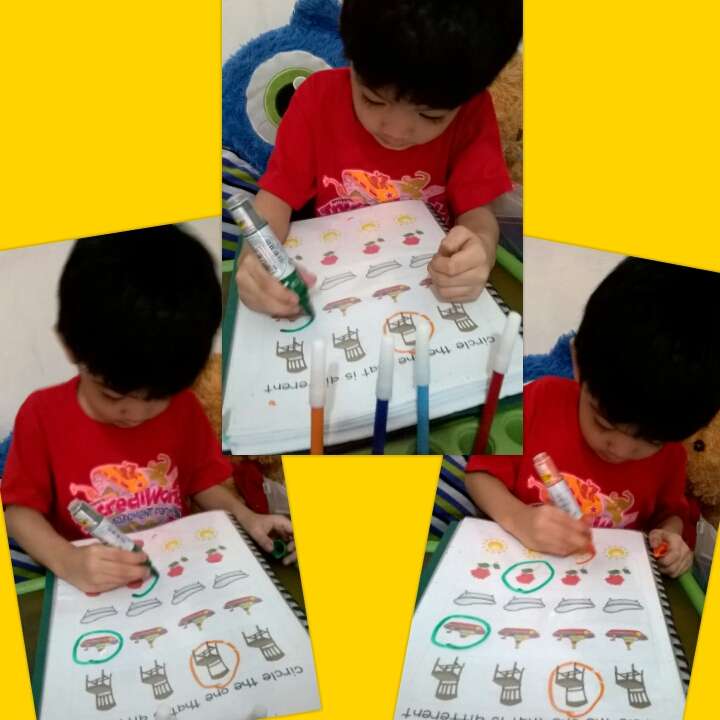 Timmy painted Jesse Bear’s shirts in different colors! c”,) Because our son is not fond of coloring using crayons nor using coloring books, he painted on them instead! Sometimes you just gotta meet halfway. c”,) 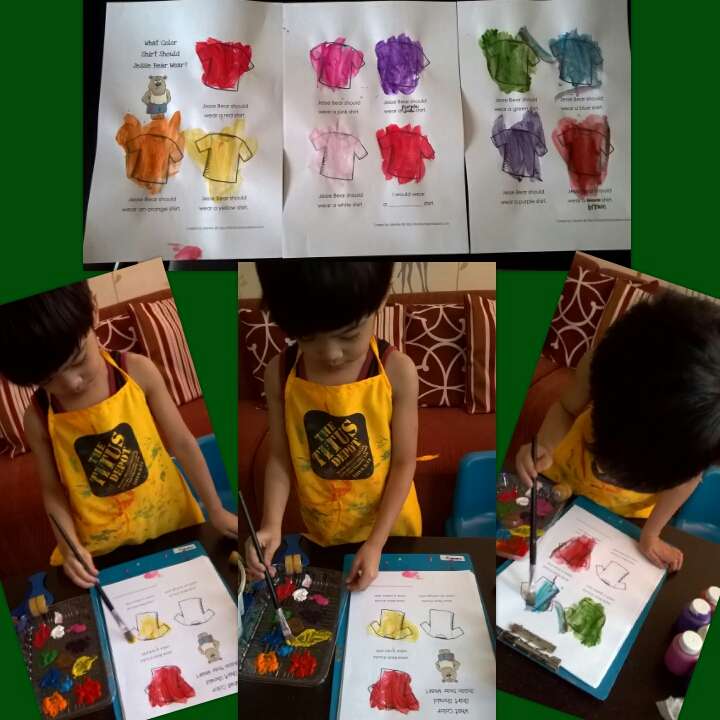 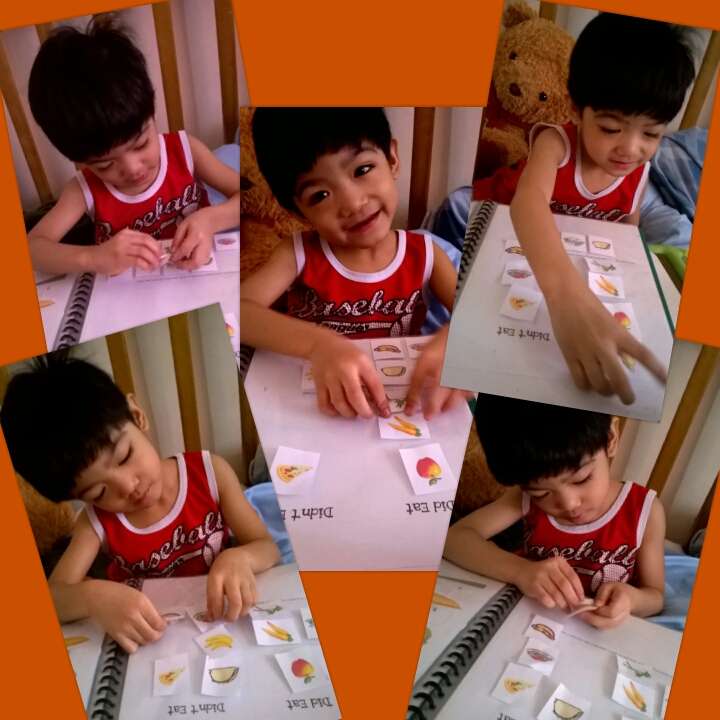 I got this free material from Homeschool Creations! c”,) Sorry if I haven’t been able to blog in weeks. I’ve been quite busy and now I’m on catch up mode! Thank you for dropping by again! You can click here for more Five in a Row books and here for some Letter of the Week ideas. See you in my next blog! c”,)