During Holy Week, people highlight Jesus’s last words. But have you ever wondered what were the first words He said to His disciples upon seeing them? Part of my Bible reading this week was John 20:19-29. In those verses, the first words Jesus said to His followers were “Peace be with you.”

The Importance of First Words

Reading that caused me to pause and recall my son’s first words. It was “dada.” 🙂 A few weeks later he started saying “mama” or “mommy” but only when he was crying. A couple of months later, he started calling me “mommy” even if he wasn’t in distress. Yay! 🙂

First words are precious. For a baby starting to learn how to speak, it is a milestone. For a guy trying to impress his date, it could be a deal breaker or a shot at “forever.” For a fresh graduate on his job interview, it could be the start of a great career or another disappointment. 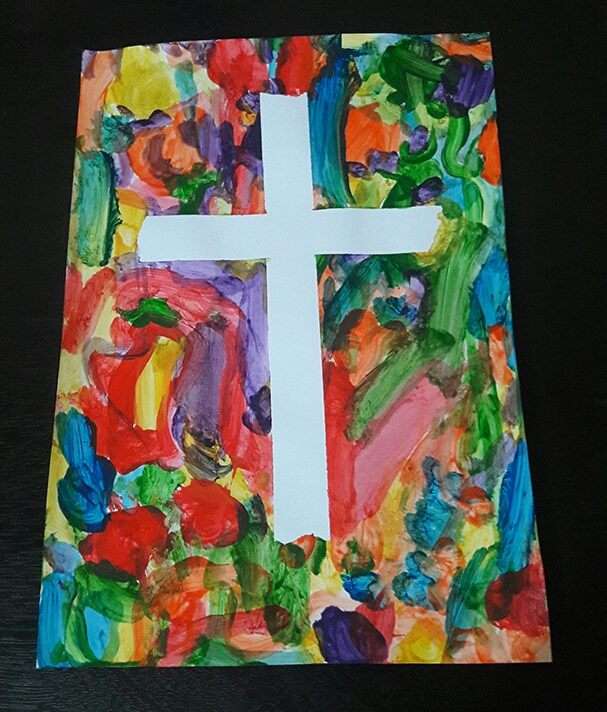 Based on my own experience, first words reveal what is truly in a person’s heart. When defensive words quickly come out of my mouth after a gentle rebuke from my husband, it easily reveals the state of my heart. First words can make or break a relationship especially during a difficult time. What you first say after an argument—whether it is an apology or not—can be a game changer.

Jesus had all the reasons to say another famous four words, “I told you so.” Or call out His disciples for denying Him. He had so many options for an opening statement that would knock some sense into His disciples’s heads. But He didn’t. Instead, He said “Peace be with you.”

Why did Jesus say that?

The disciples at that point were hopeless. The man they believed to be the Messiah was dead and they were Rome’s next target. They feared for their life and maybe even for the safety of their loved ones. Perhaps each one of them was battling an internal turmoil of grief and anxiety not knowing what their next move should be. 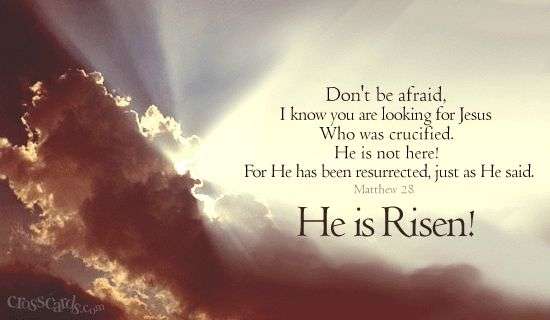 Then out of the blue, Jesus appeared to them saying, “Peace be with you.” Jesus knew that peace was what His disciples needed. His followers were in the midst of uncertainty. They had no clue what to do except perhaps hide. He saw the restlessness and dread in their hearts.

On the evening of that first day of the week, when the disciples were together, with the doors locked for fear of the Jewish leaders, Jesus came and stood among them and said, “Peace be with you!”  After he said this, he showed them his hands and side. The disciples were overjoyed when they saw the Lord.  Again Jesus said, “Peace be with you! As the Father has sent me, I am sending you.”

Imagine the joy the disciples felt when they saw Jesus! Seeing Him removed all their fears and doubts. Their hearts must have overflowed with joy and relief! The Master was back. Their Leader and Shepherd was there in the flesh.

The Prince of Peace fulfilled exactly what He said. He was alive! The once shaken group was now ready to face the world again. Their commander-in-chief defeated death and proved that He is truly the Son of God. 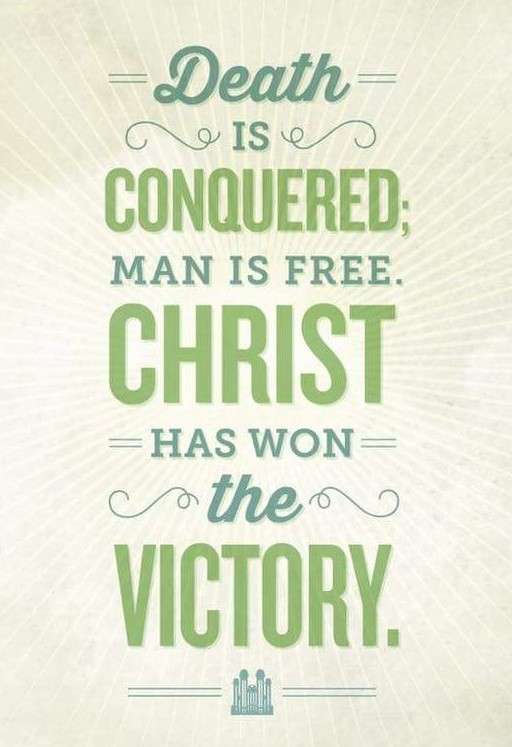 Jesus knew more than anything that peace would alleviate their fears.  It would give them courage and strength to face trials and persecution. He knew that they, along with future believers, would die because of their faith.

The resurrection of Jesus gave them peace knowing that He has conquered man’s biggest fear and that is death. Not only that. Jesus also defeated sin, the very thing that causes spiritual death or eternal separation from God. Before He died, Jesus kept assuring them, saying in the earlier verses:

“Peace I leave with you; my peace I give you. I do not give to you as the world gives. Do not let your hearts be troubled and do not be afraid. “You heard me say, ‘I am going away and I am coming back to you.’ If you loved me, you would be glad that I am going to the Father, for the Father is greater than I.”

“I have told you these things, so that in me you may have peace. In this world you will have trouble. But take heart! I have overcome the world.”

No matter what your circumstances are or how bleak and hopeless they may seem, Jesus promises PEACE. No matter how uncertain the future is, the peace that comes from Him can hold us steady and secure. He alone can pacify our soul and calm our hearts. When Jesus rose from the dead He trampled over every hindrance that separates us from Him. Jesus gave us access to Him directly. No middle man. Just us and Him, allowing us to come in prayer no matter how strong the storm we’re facing. 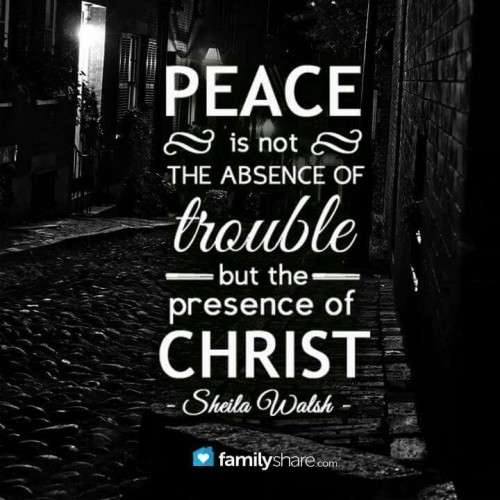 In our ever changing world, only the peace that comes from Jesus is constant. His death and resurrection have reconciled us with God. Thus, we can have absolute peace knowing that nothing can ever separate us from His love.

I’ve celebrated so many Easter Sundays and have learned different lessons along the way. This time God has opened my eyes to the gift of peace that Jesus has given us—a gift I’ve often neglected as I easily get distracted with my own worries.

As I was reading it, God made me realize that His peace has always been available for us.  It has always been there for the taking. We’re just clouded with so many doubts and fears that it overshadows the light and hope that peace brings. 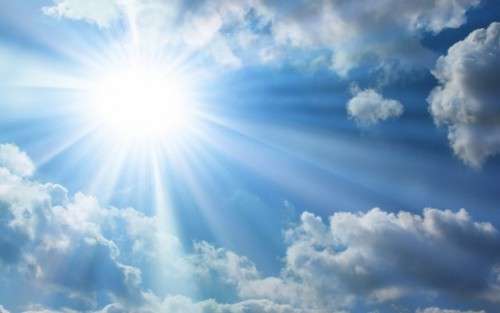 Peace was what the disciples needed to go boldly into the world. I believe that we also need the exact same peace in this world where violence abounds, digital noise drowns out the voice of God, and being a follower of Christ becomes more challenging than ever. The peace offered by Jesus Christ is an unshakeable shield that we should all take shelter in. 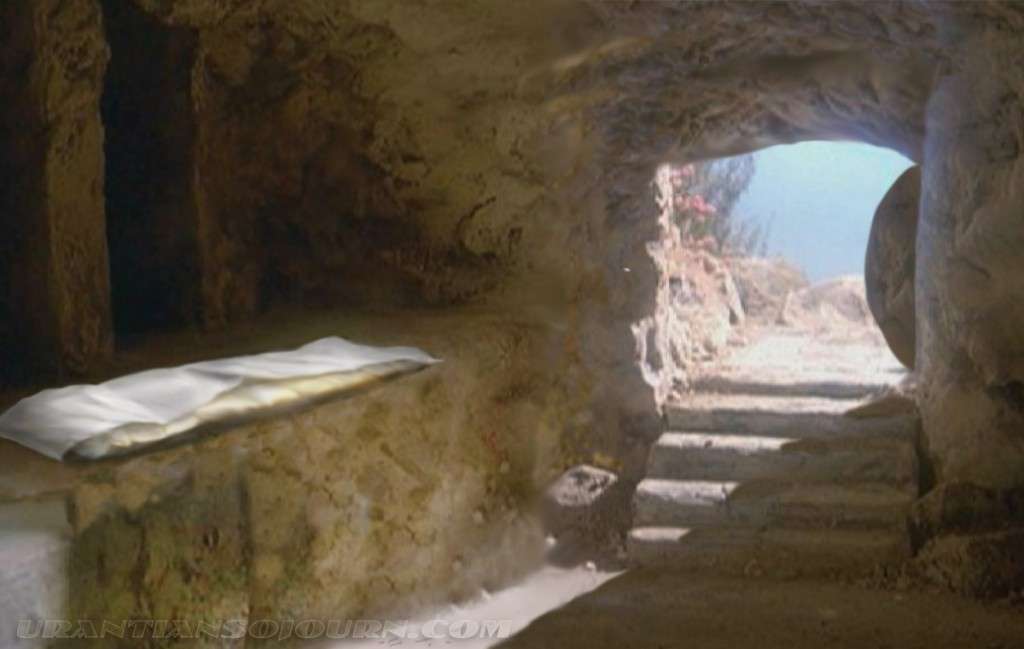 But it is only when we completely believe and trust in His death and resurrection that we can fully experience the peace Jesus is offering. To believe that He is the Savior who loves us and has given us everything—even His life—is what will give us hope in this life. To believe that there is nothing that Jesus can’t deliver us from is what will give us ultimate PEACE. That was His message then and that is still His message now.