When I look at my husband Omar I see someone strong and invincible. He’s our leader, protector, provider, defender—everything you could expect from a real-life superhero. So when I saw him wincing in pain about three weeks ago, my heart was filled with dread and anxiety. We were about to have dinner when Omar said he needs to go to the bathroom. Almost 20 minutes later, he came back saying that we need to go home immediately because he was having extreme stomach pain. I could tell by the look on his face that he wasn’t doing well. 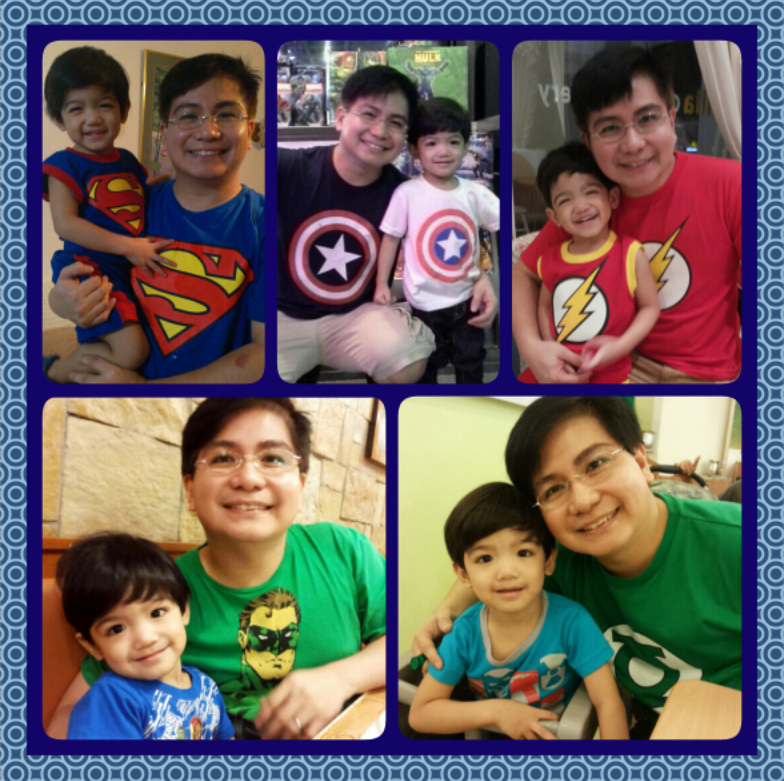 Prior to our dinner, he had a speaking engagement and was not able to drink much fluid before and during the talk. When we got to the mall, he went to the grocery and bought two glasses of gulaman (sweet drink with jelly) to quench his thirst. Half an hour later, his started to feel stomach spasms. So we hurriedly asked the waiter to pack our food and went home immediately.

I was so worried because he was breaking into cold sweats and was clearly in pain. I offered that we call my father-in-law to drive instead but Omar insisted that he could do it. While driving, he was perspiring and taking short frequent breaths similar to what pregnant women do when they’re about to give birth. Timmy and I prayed for him and even after we ended I continued praying in my head.

We came home and Omar rushed to the bathroom. The things is, he’s neither constipated nor experiencing loose bowel movement. There was nothing coming out it was just piercing pain and all I could do was watch him. 🙁 It wasn’t the appendix either because the pain was on the right side.

I gave him Yakult and antacid which helped a bit but the pain kept recurring. I asked him if he should go to the emergency room but he said no. After almost two hours of agony, he went to the bedroom and curled up in a fetal position. I kept praying for him in whispers and in my head, stroked his hair, tucked him in, and watched until he fell asleep in that position. 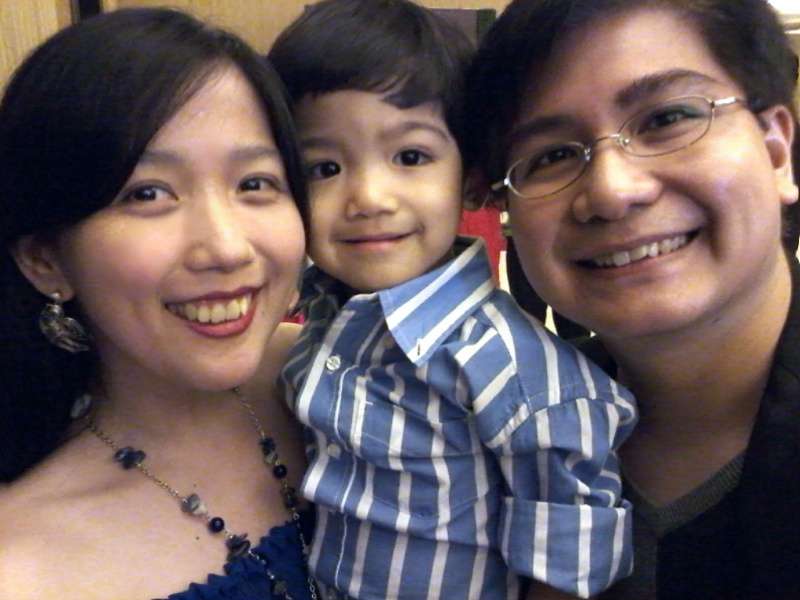 The next morning, I was so relieved to see that he’s okay. Praise God! 🙂 It was Sunday and we were going to celebrate my brother-in-law’s birthday. I was pretty excited to get last night’s incident out of my head. We were just beginning to eat lunch when Omar’s stomach started acting up again. It was the same pain and it was terrible to see him go through it again. This time, he readily agreed to see a doctor. Good thing there was Healthway in Alabang Town Center and he immediately went there. We finished our lunch quickly and followed him.

When I opened the emergency room door, I saw him in the same fetal position again, grimacing in pain. That’s tough to see when you’re so used to seeing your husband up and about. I’m used to being cared for because I’m the perennially sick member in the family. It was a blessing to have my in-laws with us to take care of Timmy while I attend to my ailing superhero.

Finally, the doctor came and gave him and examined him. He was given pain relievers and was asked to have a urinalysis done. An hour later, we got the result with all the wrong things in it. He has calcium oxalates, red blood cells, and pus in his urine. Simply put, he has kidney stones. 🙁

If you look it up in the web, having kidney stones is one of the most painful experiences any person could go through. That explained the inexplicable stomach pain. Omar’s not new to this. He already had a bout with calcium oxalate stones 10 years ago. He was drinking calcium supplements at night and it formed into stones. This incident is practically the same except that it’s not as painful as his first episode. At that rate it was not even equal to the previous attack! I can only how imagine how bad it was the first time, poor baby. 🙁

I didn’t like the result, not one bit. However, I’m grateful to God for answering our prayers by giving us accurate results. Despite his sickness, now we know how to manage it better. We can take steps that will lead him to a fast recovery. And what a quick recovery he had! After drinking his antibiotics for one week and some pain killers, his repeat test showed none of the previous elements! Sure there were times when he would tell me about certain discomfort he was feeling but it wasn’t that bothersome. Praise God for His quick healing! 🙂

We also saw an urologist so that we have a go-to specialist if in case it recurs again. The doctor told us to have more tests done to better manage his health. Those tests will show if he’s a stone former or if there are teeny tiny stones that were still not detected in the previous.

This doctor is very thorough and despite his seeming pessimism on my husband’s health improvements, we understand that he wants to make sure that Omar receives the best medical care. He has seen far too many kidney transplants and kidney failures and he wants none of those to happen to my hubby. From that standpoint, I’m all for more tests and lifestyle change. 🙂 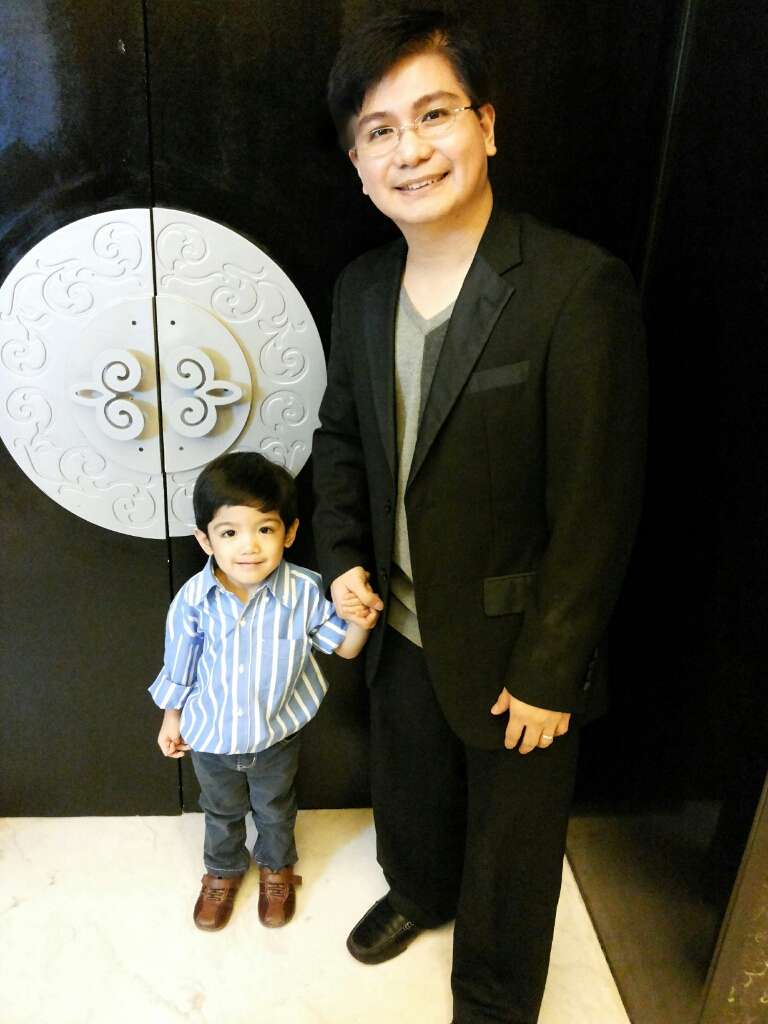 Psalm 120:1 says, “I call on the LORD in my distress, and he answers me.” God really held my hand throughout this ordeal. I really didn’t know what to pray for during those weeks except “please heal my husband.” It was a repeated cry from a wife’s heart and God faithfully answered. 🙂 During those moments of helplessness, God proved to be my only help. He is my refuge and source of strength. He showed me that as much as I love my husband, HE LOVES HIM MORE. He can take care of him and comfort him far more than I could. 🙂 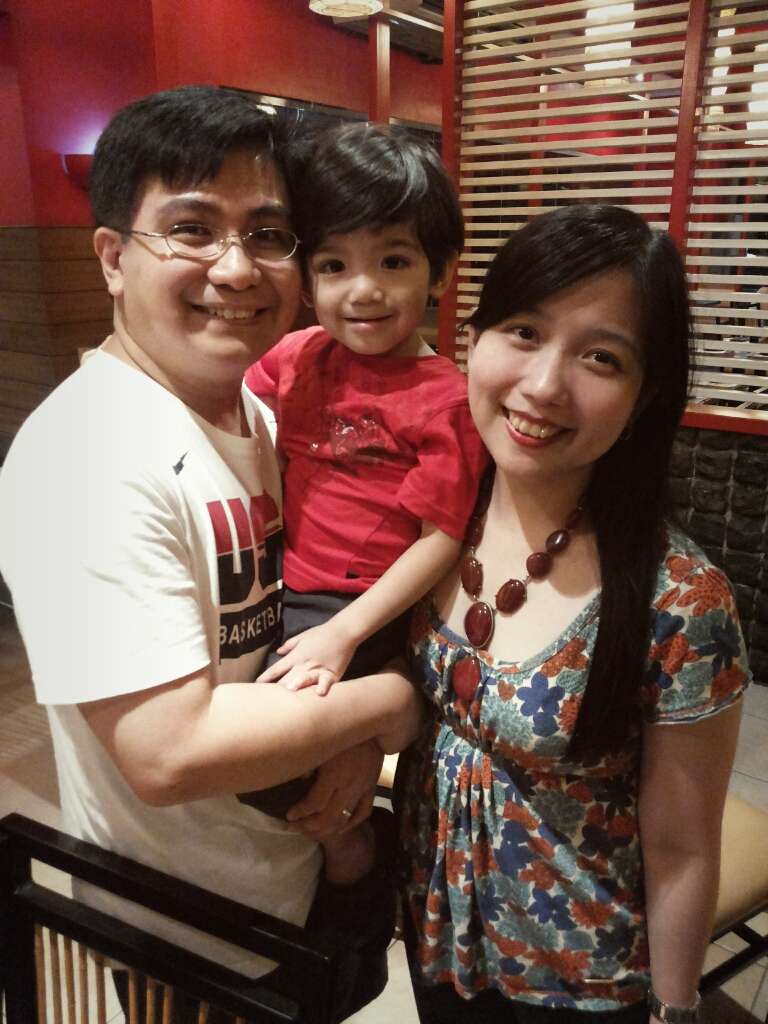 Now, Omar’s back to his old self. No more pain, no more discomfort! He still needs to have those tests done but I am confident that it will turn out normal. 🙂 It’s good to see my best friend, my superhero looking invincible again. God has been so gracious to give him to us. Timmy and I are so blessed to have Omar as the leader of our home. He is more than what we could ask for.

I know that there will be days when we will see him exposed to a different kryptonite and be vulnerable again. However, I also know that God, our real HERO, will come to our rescue. 🙂 He’s not flashy, He doesn’t come with a mask or a cape, He doesn’t even make headlines but HE NEVER FAILS. God’s track record is perfect and His love for His children is so great.

That love alone is more than enough assurance that we can face anything as a family. God is not only love personified but also love in action. He answers our prayers out of love, delivers us because of His love, and sustains us with His unfailing love. 🙂