Corduroy by Don Freeman (Five in a Row)

“Corduroy” is one of Timmy’s early favorites even before we started using Before Five in a Row. This book is about a bear who just wanted to be adopted by a child. There was a young girl who wanted to buy him but her mom had already bought a lot that day. She also told her daughter that Corduroy was missing one button, making him less likable than the other toys. Later that night, Corduroy came to life and went around the shopping mall in search for his missing button. It’s a heartwarming tale of a someone looking for a friend and eventually finding one. 🙂 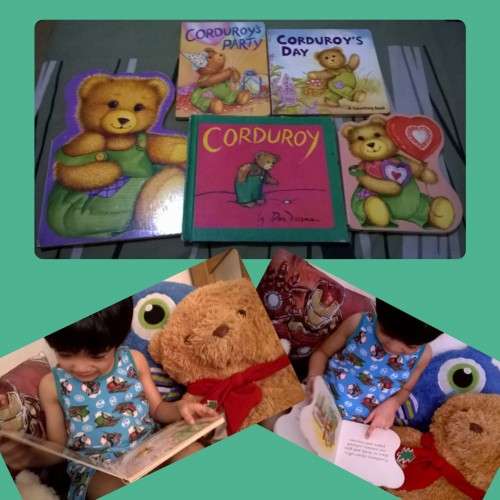 We loved this story because it’s a classic tale of toys being alive much like the movie “Toy Story.” We gave Timmy a big bear when he was about to turn three and it looks like the big version of Corduroy. 🙂 Mr. Bear, as Timmy calls him, is still with us up to now! 🙂 However, we just discovered yesterday that he’s missing his nose! Haha! We’re still in search for it so we can sew it back. 🙂 Talk about almost parallel story lines! Lost button, sewn back. Lost nose, about to be sewn back. Teehee! What’s also great about this book is that it has a lot of spin-off titles! It was a Corduroy-filled week for us! And since we were reading about a bear that time, we also read some bear-themed books from another favorite, the funny Berenstain Bears bunch. 🙂 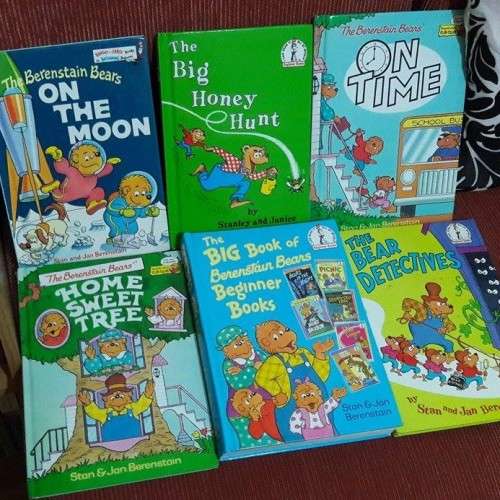 I taught Timmy how to sew using yarn and a big needle with a huge hole and a dull tip so he wouldn’t get hurt in case he got poked by the needle. 🙂 Got this idea from the Hippomum but kept it first in my idea bank until I found a book that would suit it. Months later, we rowed “Corduroy” and this activity came in handy! I must say that this was intense for him. Look at that focus! He persevered until he finished. 🙂 This was our version of sewing Corduroy’s button back. 🙂 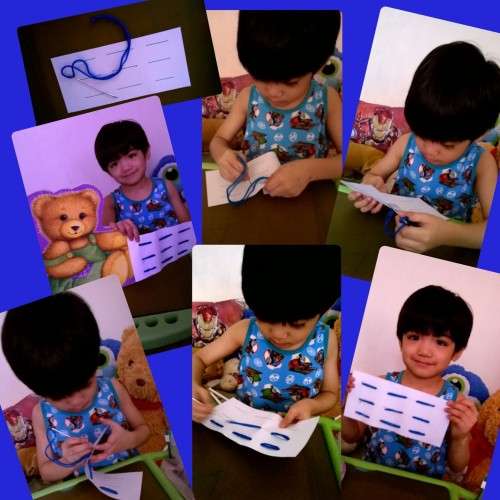 For our math, we did a counting activity using buttons! I cut some green overalls and wrote numbers on their pockets. Timmy then glued the correct number of buttons in the overalls! Since Timmy doesn’t like the feel of glue on his fingers, we always use a small cup and popsicle stick so he can just scoop the glue and put it on whatever object he needs to paste. I got the green buttons from a department store. 🙂 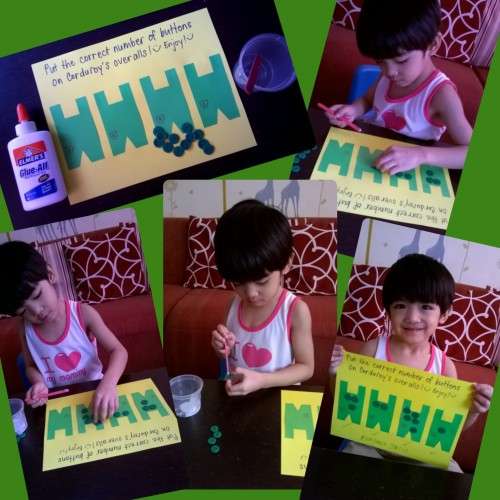 I simply asked Timmy to write words that begin with “C.” Some of the words he wrote were car, candle, and chocolate. 🙂 It’s a simple word association exercise that prompts your child to think about the words he knows! It’s also an opportunity to increase your little one’s vocabulary! 🙂 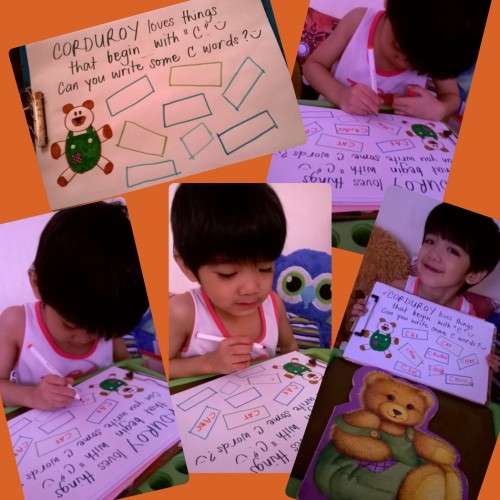 To process the story, I asked him to write the names of his toy friends! If you will see there, he wrote Mr. Bear (his Corduroy 2.0), Owlmond (his big owl given by his godmother who happens to be my best friend), Monching (Haha! He’s a small lion), Mister Seal (for his seal, of course), and Stewart (his minion). 🙂 Then I asked him to list down the people he would share his toys with. He wrote books (Yes, he said he would share his toys to his books. Haha! Too cute!), Jesus, God, Mom, and Dad. 🙂 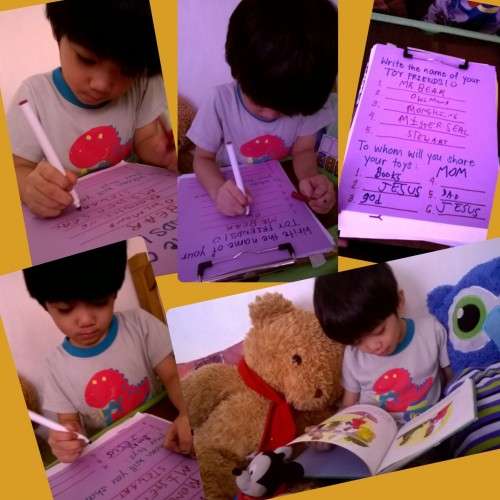 Timmy painted Corduroy’s overalls! I cut out a bear’s face, hands and feet (using a brown foam sheet) then Timmy pieced them together to form his own version of Corduroy! We used washable green poster paints for this. 🙂 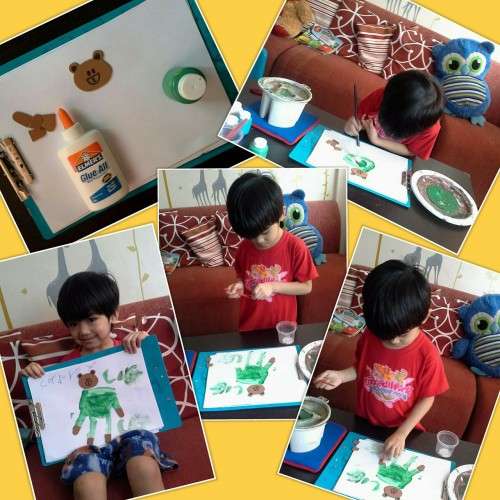 I highly recommend this book because it opens doors for a lot of imaginative play! We really had a blast rowing it. 🙂 Check out our other Before Five in a Row posts and letter of the week activities for your tiny troopers! Thanks for reading and see you in my next blog! 🙂