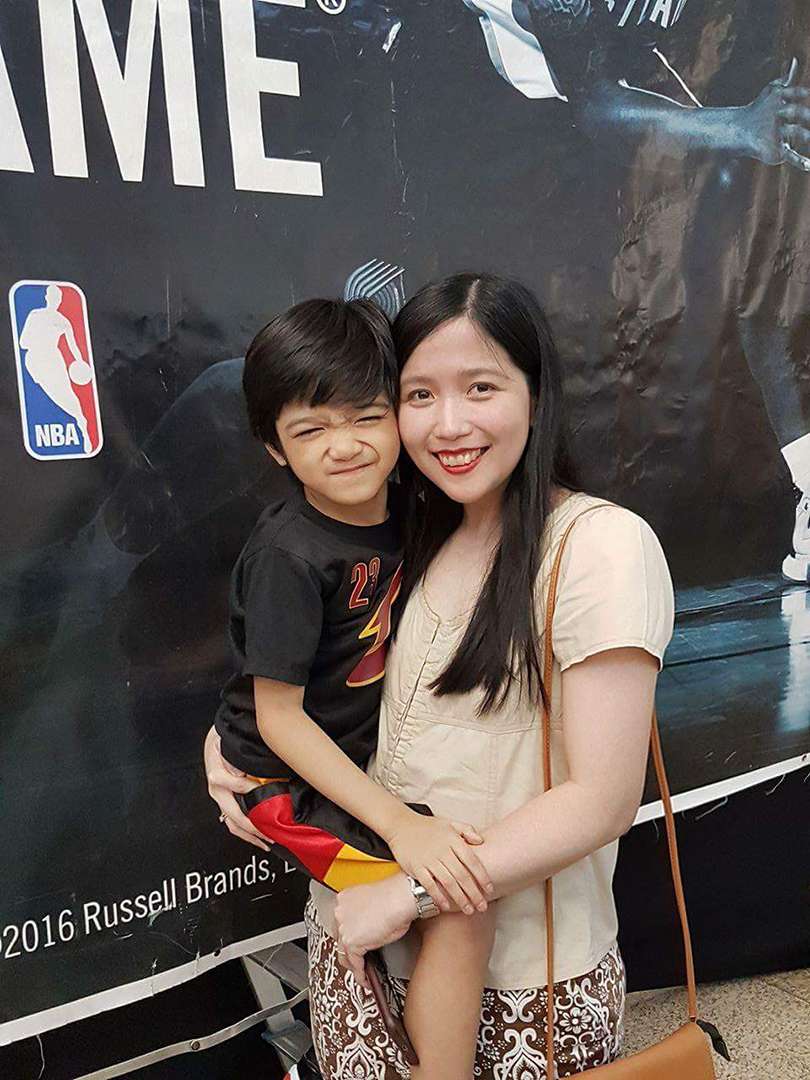 More Than Just Basketball, It Was A Test

Over the summer, Timmy had his first basketball clinic. It was not only meant to hone his ball skills but also his socialization skills. Homeschooling an only child comes with a stigma. Well-meaning people have asked repeatedly why we homeschooled our shy, introvert boy.

Conventional way of thinking suggests that we should push him and expose him to people more. But we didn’t. We waited until he was ready. We nurtured his confidence at home before sending him out to the world. There is nothing wrong with being an introvert and it’s not a weakness. In fact, some of the most successful people today are introverts!

Timmy didn’t like being held by unfamiliar relatives, more so strangers, when he was a baby. He wouldn’t even look at our friends who were trying to carry him. Timmy would hide behind my legs when he was a toddler. At first, I tried to explain in an apologetic tone that my son is shy.

Later on, I realized that I shouldn’t even be apologetic about my son’s personality at all. His shyness is what makes him unique. Besides, his bashfulness is just one of his many amazing traits. He’s funny, witty, and creative, too! If you’re a parent with introvert children, I’m sure you can list down more admirable qualities other than shyness, right? c”,) 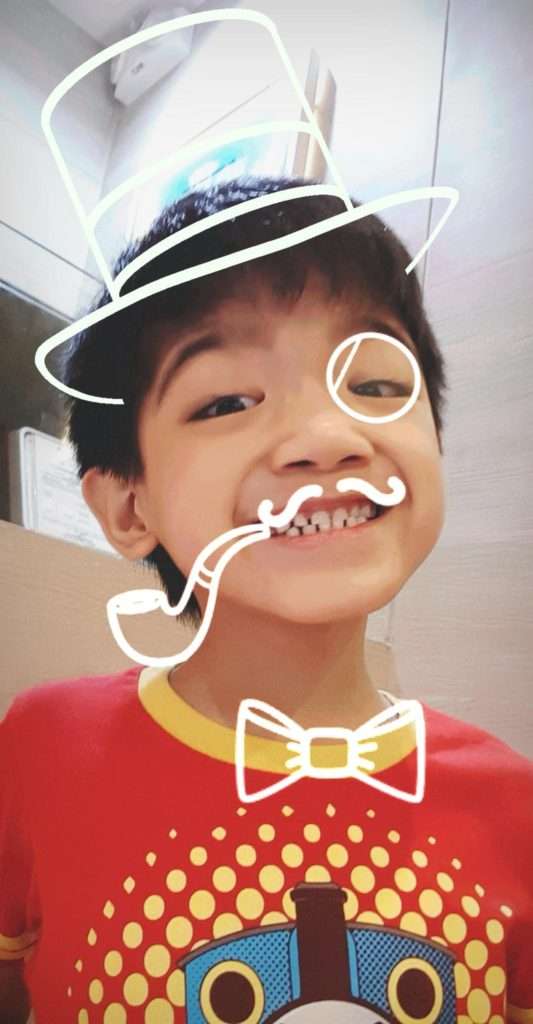 To be totally honest, I was just as scared and excited for Timmy’s basketball clinic. I’ve been asking my husband to enroll him since he was three or four. Hahaha! Let’s just say I am the optimistic one in the family although excessively at times. c”,) Omar would tell me over and over again that he was still too young. Good thing, I listened. Haha! We waited until he turned six before letting him try out the clinic.

The one Timmy signed up for is free. We decided not to enroll him in a paid clinic since we were still testing the waters. Should he enjoy it, we will be more confident to move forward and sign him up for a paid basketball clinic. Our son’s love for basketball started when he was around one year old. He would shoot small balls at the gaps between the backrest of our dining chairs! Haha!

By the time he was allowed controlled gadget use at three years old, he would use his time to watch NBA highlights. Balls and books are the two things that make him happy. c”,) He practices every day because it is all play for him! I didn’t think that he would have problems in the basketball part of the clinic. I was more concerned if he would perform because he was shy and if he would follow the coaches. 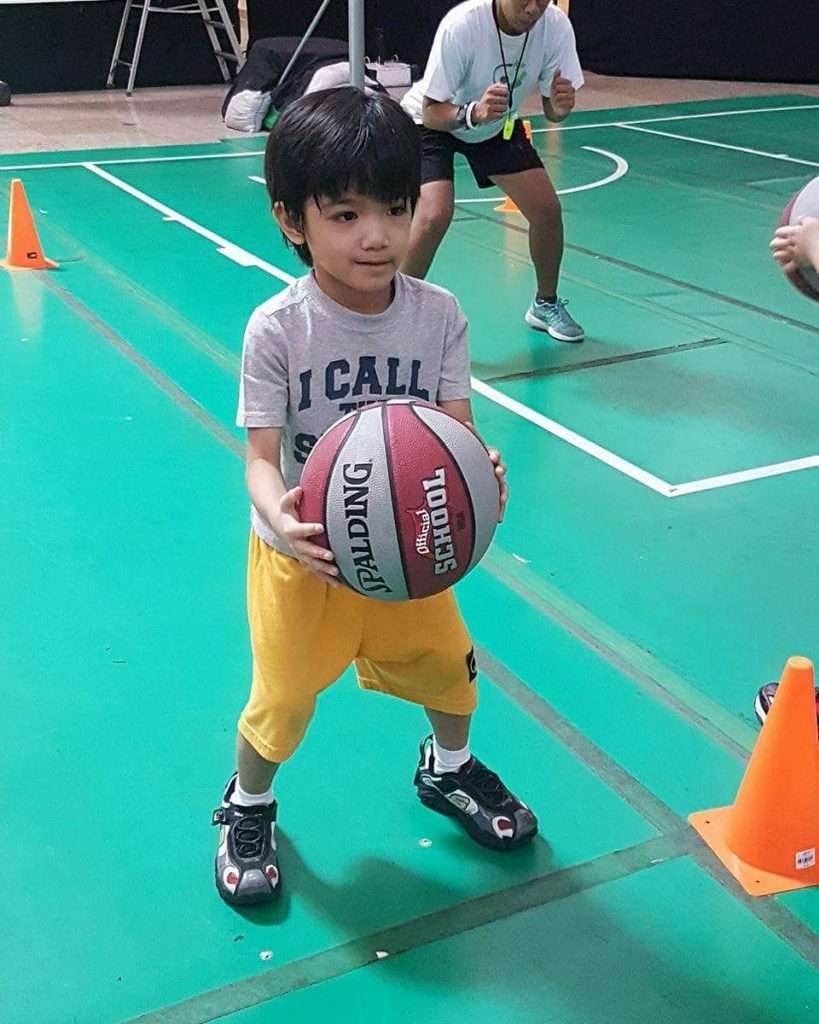 Omar and I are on the same page when it comes to the way we raise our son. Consistency is probably the most challenging thing in raising a child. With God’s help, we try our best to be consistent as much as we can in instilling obedience and respect. Let’s just say that the basketball clinic was the field test if Timmy would apply all the things he had been learning at home.

You see, our son can’t help but be excited every time he sees a basketball ring and a ball. During our homeschool coop, there were times when his older friends would get frustrated because instead of playing the ball game (e.g. a ball relay), he would dribble the ball away from the line whenever he touched the ball! It was always hoops time for him even though it wasn’t the group game. Haha!

He would only participate properly when I would tell him that he couldn’t play real basketball unless he participated in the other games first. I was worried that this would happen in the basketball clinic—that he would just run around and not listen to his coaches. Thankfully, he didn’t. I was pleasantly surprised to see him stay on the line, follow his coach, and go back immediately when he was called.

It helped a lot that Omar was there guiding him. He made his first day easier because he was there on the sidelines. Timmy adjusted better and faster each day, too! My boys’ bonding over basketball is a delight to watch. Omar taught Timmy how to do a ball fake so he could beat the taller kids. Our little boy enjoyed it so much that he ball faked too much! Hahaha! 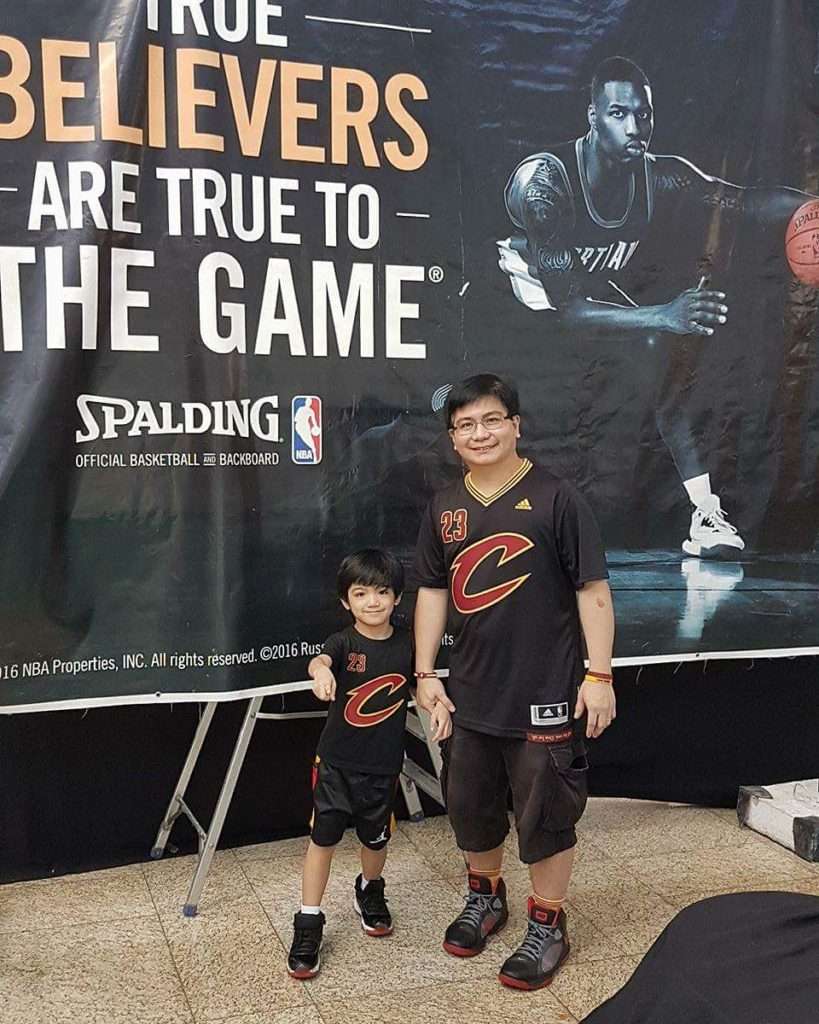 Sure there were moments when he couldn’t help but get his own ball so he could dribble around but whenever his coach called him or whenever I told him, “Later, Timmy, finish your drills first.” He would return the ball and go back to his line without resistance! I couldn’t believe it!

Honestly, I had very low expectations when we signed him up. I was already preparing myself for the time when he would sprint away from the coach. But surprisingly he didn’t. Even on the day when Omar was not there, Timmy didn’t need any prodding to go to the line, stay in the group, or participate.

A Test for Mommy

This basketball clinic was also a dry run for me in letting go. Homeschooling allows me to prolong my son’s childhood. He lives an unhurried life enjoying pretend games and more. But despite all that, he grows up very fast, too.

Homeschooling also lets me keep tabs on his behavior more closely. It allows Omar and I to catch a disrespectful tone or a stomping of foot that shows rebellion. I know that at some point, all our homeschooling investment will be tested if it will generate returns in his character.

God knew and heard all my doubts and fears. But in complete surrender, I trusted Him that He who began a good work in Timmy will be faithful to complete it. c”,)

The basketball clinic was a simulation of real world 101 for our little boy where an authority was placed over him other than his parents and he was ordered to do things. The drills were demanding and his coach was patient but strict to kids who didn’t follow. 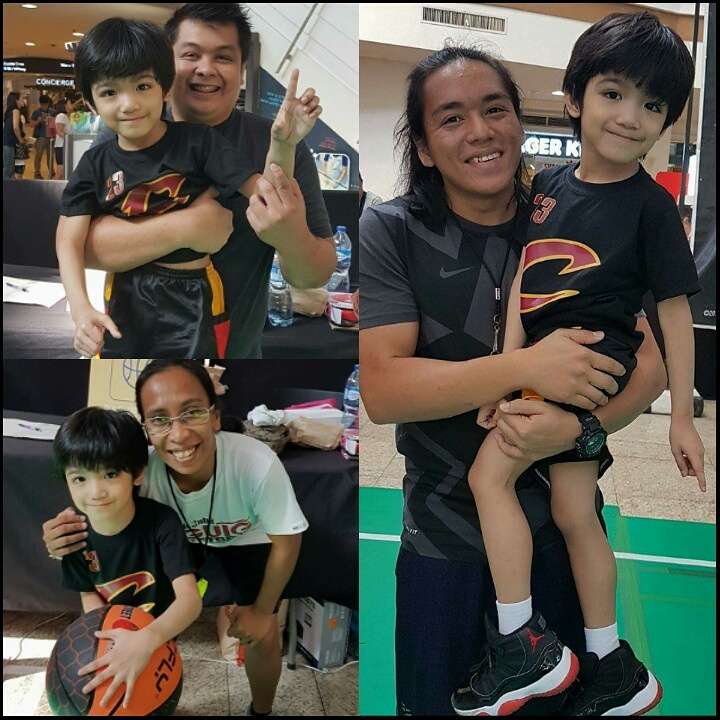 Our shy son not only managed to adapt to the situation, he also cooperated and listened. He was even saying funny quips to his coaches! All I could say in my head was, “This is all You, Lord. This is Your grace and Your affirmation of our decision to homeschool.”

When the clinic ended, the Lord reminded me that letting go isn’t about not parenting anymore. It’s about constantly guiding our son as we let him make decisions on his own. It’s about supporting him as he makes new friends and learns new things along the way. Letting go means relinquishing control over to Him who sees my son 24/7 even if I don’t.

Overall, the basketball clinic was a great experience for our family. c”,) Personally, it removed a lot of my fears and answered a lot of what ifs. For Timmy, I know it was all play. He adjusted quickly from looking a lot my way and calling my name frequently during the first day to being totally independent and just coming to me for water the next four days. Haha! 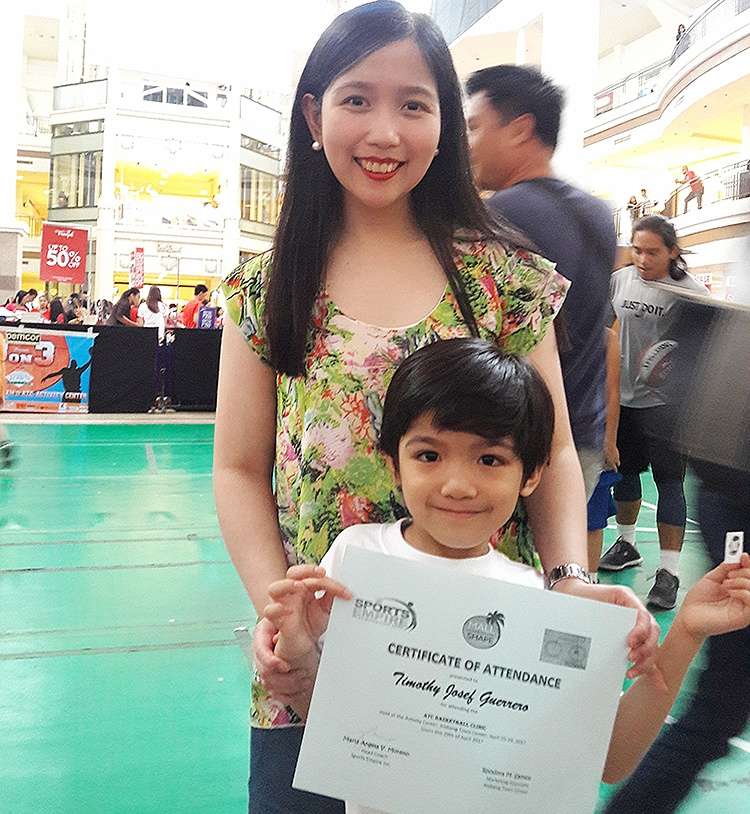 For me, it was an entire week of eye-openers when I experienced the joy of not being needed, the satisfaction of being a water girl/cheerleader, the thrill of watching him play an actual game, and the wonder of seeing my son grow up before my very eyes.

More than anything, I realized that the test wasn’t really for Timmy but for me. A test if I trusted the Lord and the promises in His Word. This experience showed me that investing time, instilling values, being united in our parenting principles, and homeschooling our son are all worth it.

The Lord quelled my fears and doubts. He showed me that He took care of the seeds we planted. Timmy still has a lot of growing up to do and we still have years of nurturing and molding his character. This is just one of the many opportunities for him to be independent. I don’t know if he will have a career in basketball or not. But whatever path he chooses, it is my prayer that he lives his life to honor the Lord. After all, His approval is the one that matters most. c”,)

Ending this blog with a video of his basketball clinic experience! Enjoy!