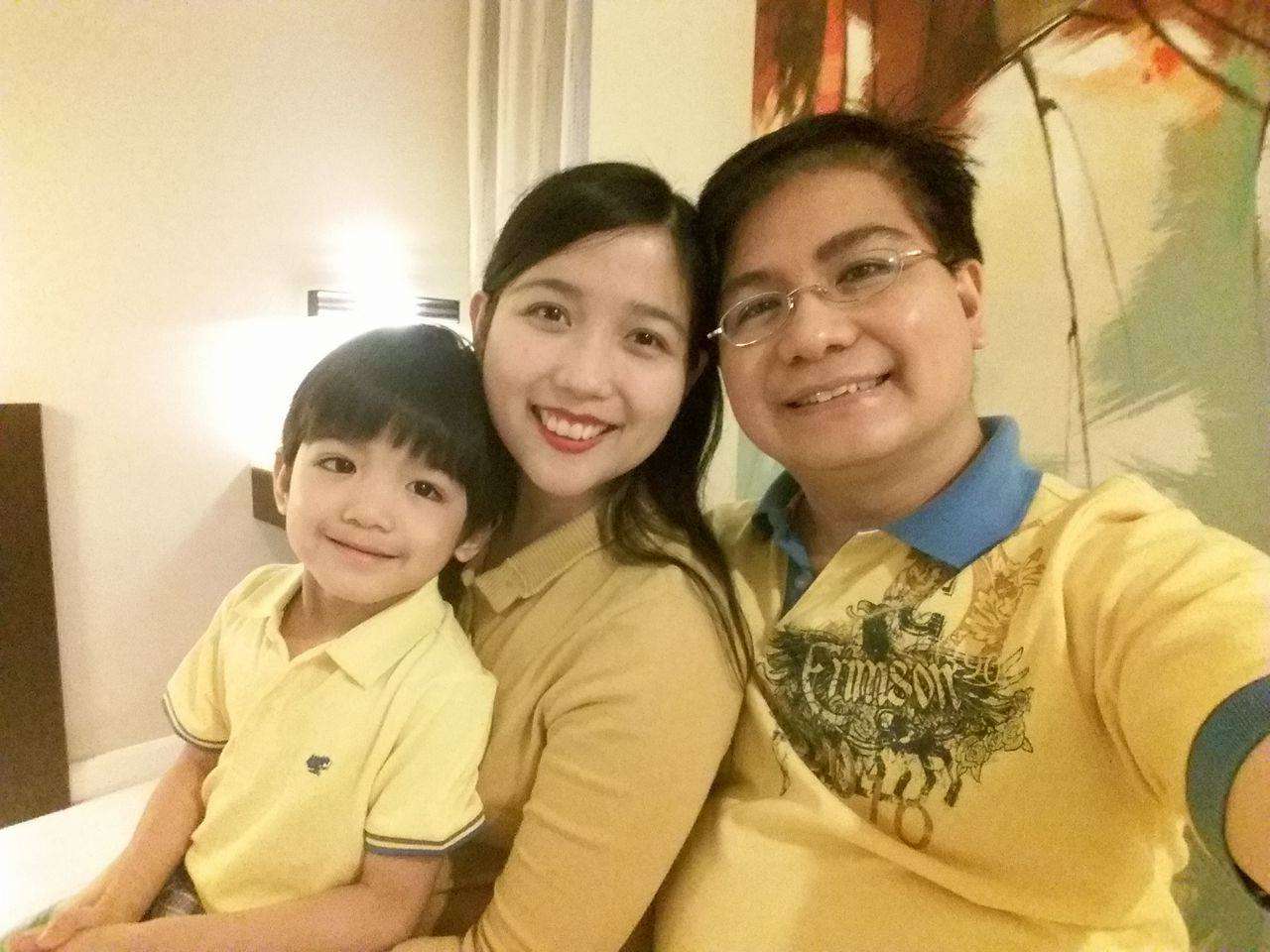 The One Homeschool Rule Every Parent Should Never Forget

Kids have a lot to learn during their school years and homeschool parents feel the pressure to cram it all in as fast as they can. There’s that nagging feeling to be at par with what regular school kids are learning at exactly the same time during their homeschool year. I’m a victim of that, too.

When my son was three years old, he taught me a valuable lesson. READINESS. His level of readiness is what differentiated him from other kids. His reading readiness was advanced, his writing readiness was non-existent, and his other developmental readiness were delayed. 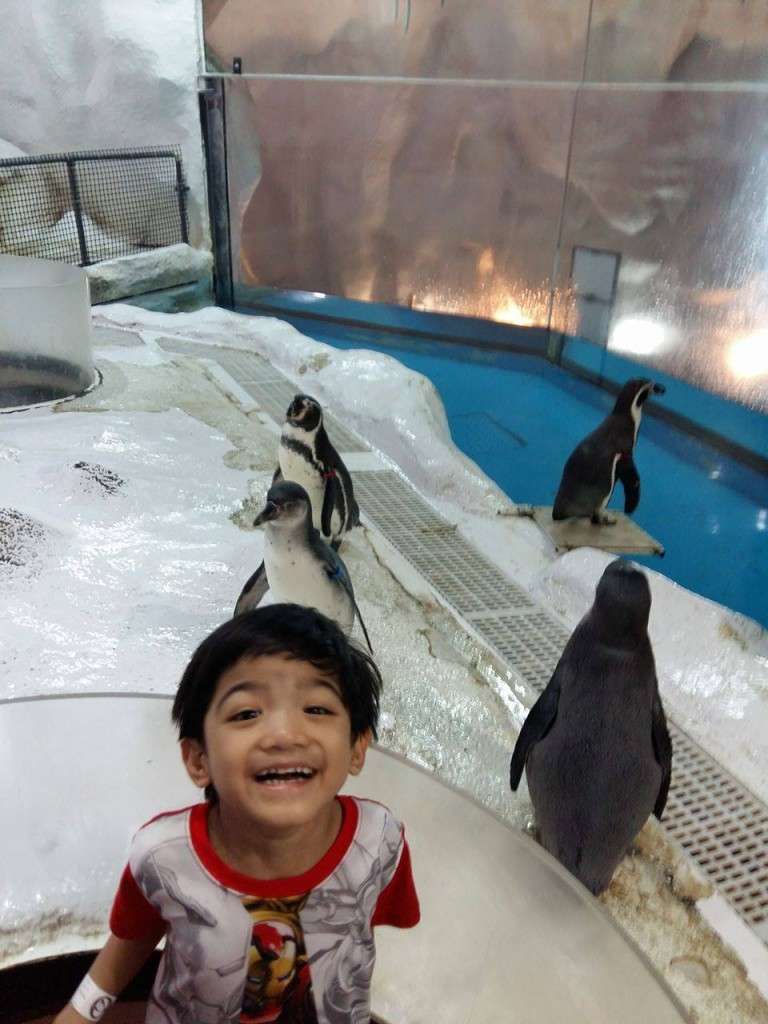 When I was his age back then, I was already in nursery. But my son’s personality was different than mine. I was a very sociable kid with no problems of singing impromptu. I was way too talkative that my mom had to be called in the principal’s office because I wouldn’t stop talking. True story.

If I were to force him to accomplish what I’ve accomplished as a three-year-old, it would’ve defeated the very reason why we homeschooled him in the first place. We want Timmy to enjoy learning and do it at his own pace. Even though he had no idea of what readiness was all about, my toddler knew how to communicate it through his body language and simple I-don’t-like statements. 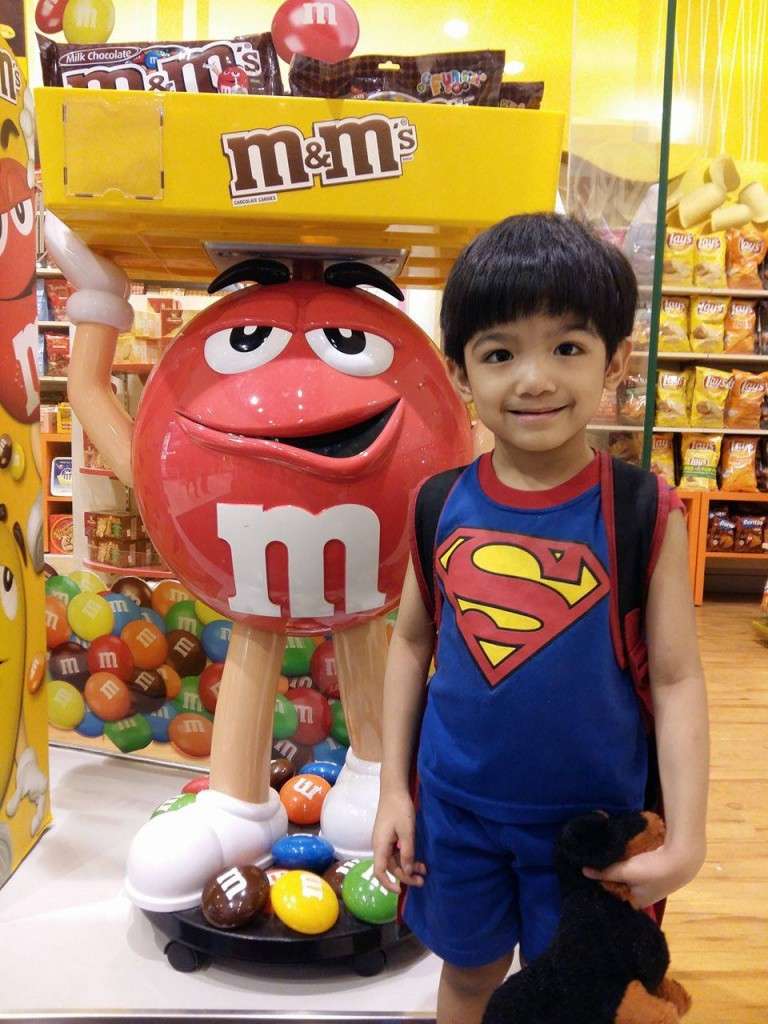 I was prompted to write this blog because 2016 started for us with two developmental milestones. My son just turned five last December and we are finally weaned from using feeding bottles! For the longest time he would cry when he didn’t have milk served in a bottle. When he turned four, we removed it from his night routine but retained it in the morning.

It was a gradual transition until yesterday, he dutifully drank his milk from his plastic cup! Praise God! This morning he even asked his dad to bring up the orange cup he used yesterday. This is not a teacup by the way. It’s a little bit smaller than an adult glass. I had been tempted many times not to let him drink from the bottle and just remove it altogether. 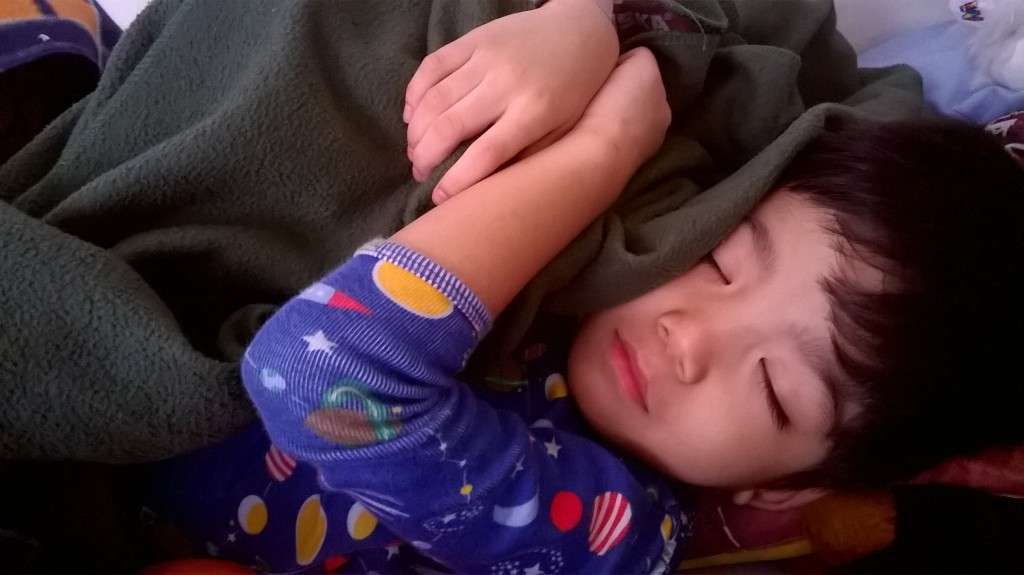 My husband would gently ask me, “Are you sure you want to do that?” or “Are you sure he’s ready?” There were days when I would reluctantly submit but God would often remind me to just wait. Wait until he’s ready. Then when it finally happened, the transition was smoother than expected. It was all about readiness.

Another milestone we had was Timmy’s potty training when it comes to pooping. We had no problems with peeing. He has been potty trained in that area for two years now. However, he has this unexplainable fear of the toilet when it comes to pooping. He would ask for a diaper then poop standing up. His fear was so bad that he wouldn’t even go inside the toilet even if he had a diaper on. 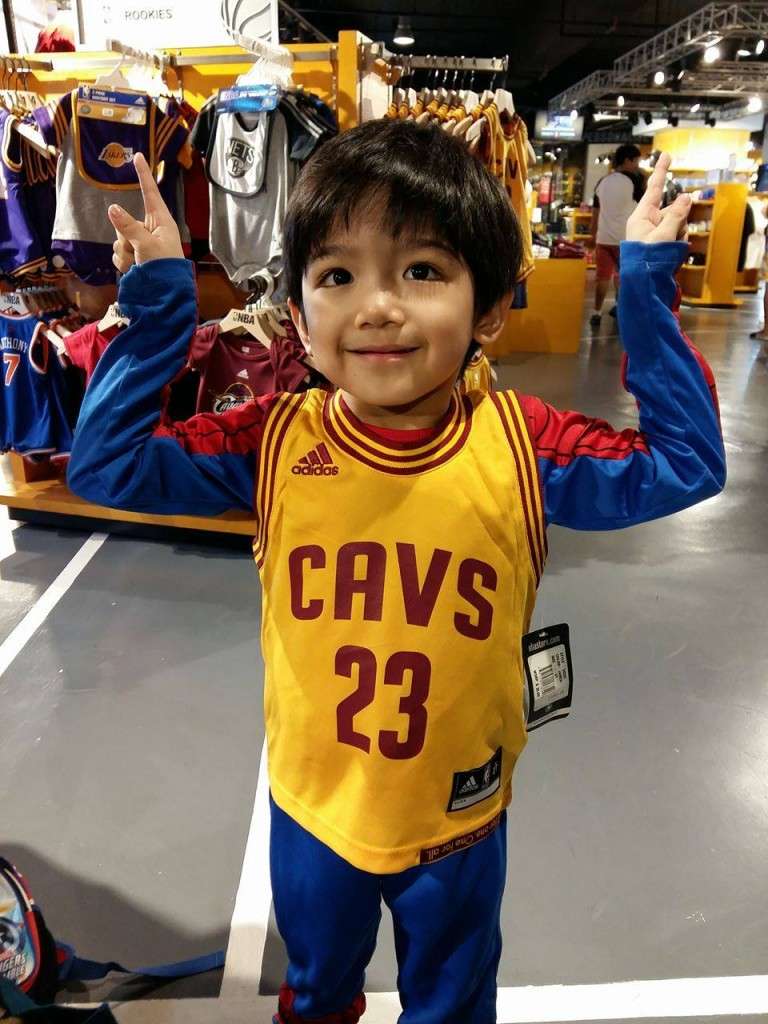 We tried everything from rewards to withdrawing gadget privileges. Both didn’t work. He had no problems being gadget-free for weeks as long as he doesn’t poop in the toilet. I’ve asked fellow moms about it and they gave me different tips. But at the end of the day, they all told me the same thing—“baka di pa siya ready.” (Maybe he’s not yet ready.) There was that word again. There were times when he would cry when we asked him to poop in the toilet.

So we finally decided to just go with it. We would wait until he’s ready. We didn’t want him to get constipated because he could really hold it for days if we didn’t give him a nappy. We also didn’t want to add anxiety to his fear. Until early this week we ran out of diapers. Omar and I thought that it was the perfect time to encourage him to poop in the toilet. For three days, we weren’t buying diapers and Timmy kept asking. I printed and laminated Baymax from “Big Hero 6” and placed him in the toilet to keep Timmy company! Haha! 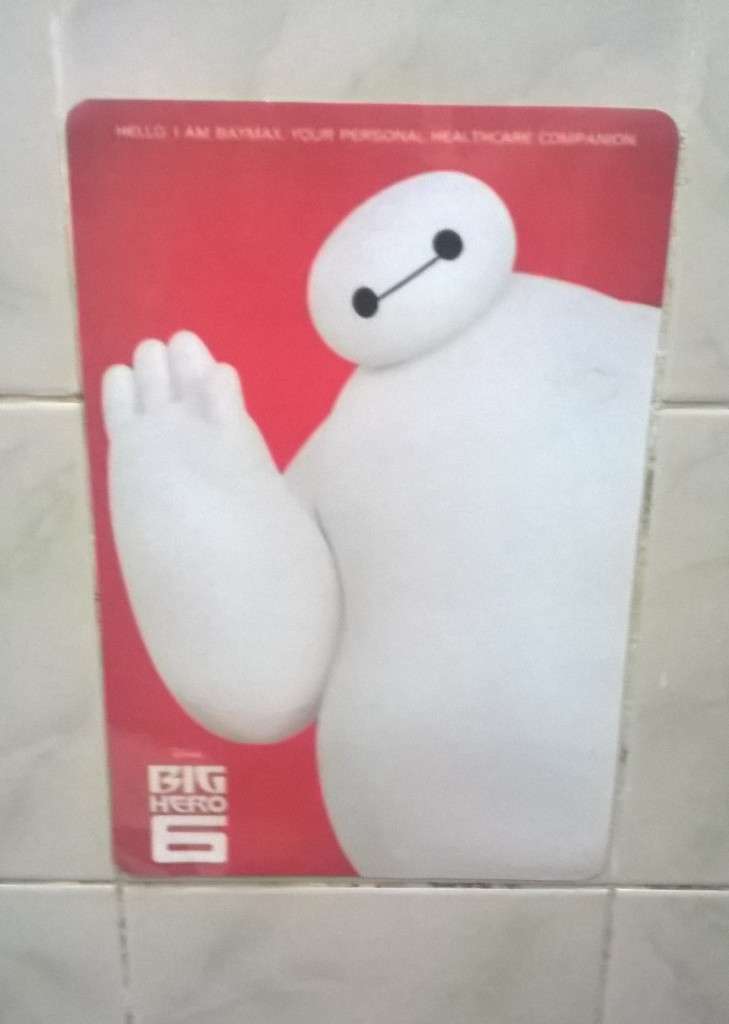 Last Tuesday, he couldn’t take it anymore. He was walking around the house asking for diapers. Omar brought down his stuff toys and placed them in the toilet with Baymax. He had to put plastic first on the floor so that the toys would not get wet or dirty. Then I accompanied him there inside until he was able to poop. It took more than an hour before he was able to do it.

When he was finally done, we all rejoiced and cheered for him! What a milestone indeed! Later that day, I gave him a medal for bravery. 🙂 Since then he has pooped three times in the toilet! He still needs my company, though. But that’s okay at least we’re way past the nappy stage completely. He’ll be able to do it alone eventually, when he’s ready. 🙂 As much as I’m elated with his milestones, I can’t help but feel emotional, too. My baby is really no longer a baby. This marks his transition to school age. Five years came by so quickly! 🙁 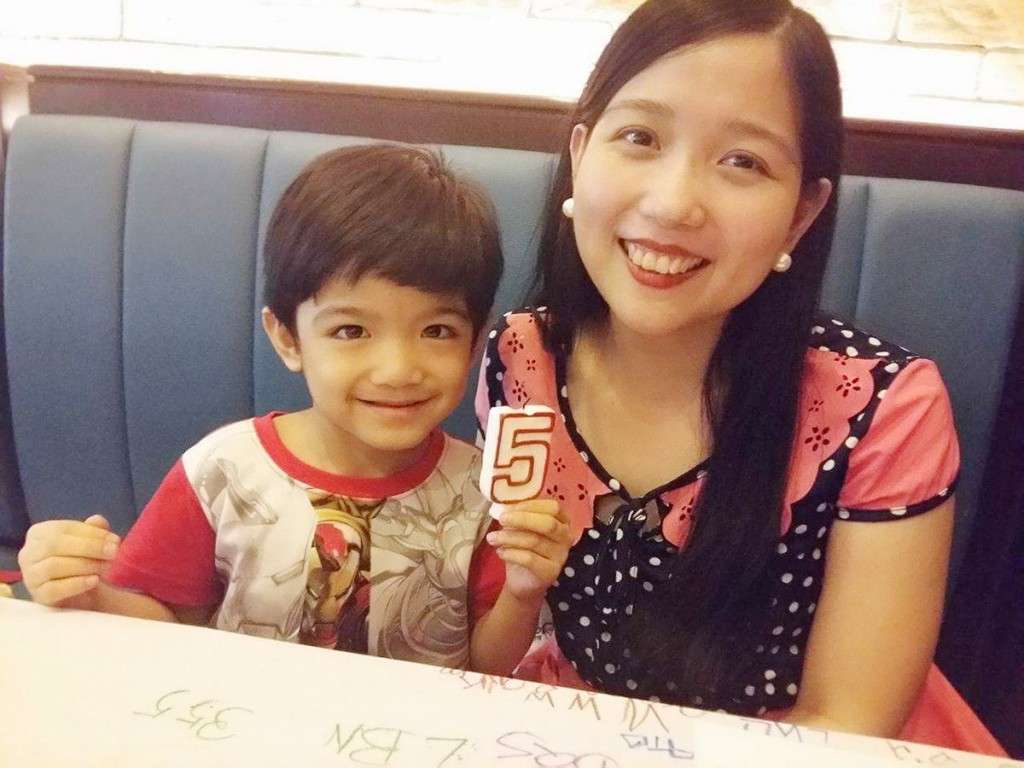 Timmy is an early reader but a reluctant writer. At age 4, his reading level is for Grade 4. In this area, he’s clearly the exception and not the rule. The writing area is different. Just before he turned four, he was able to scribble Tim. A couple of months later, he was able to spell his name Timothy as we spelled his name first during our letter of the week activities. A few months later he was writing so quickly and legibly.

I shared this before that he didn’t like pencils nor crayons. It was only paint and colored pens for him. He never used his workbooks and coloring books. I never bought him one either because he received them as gifts over the years. My Hippomum friend, Diane, is a Montessori-trained teacher. She shared with me some fine motor skill activities when he was three years old, which we started doing. 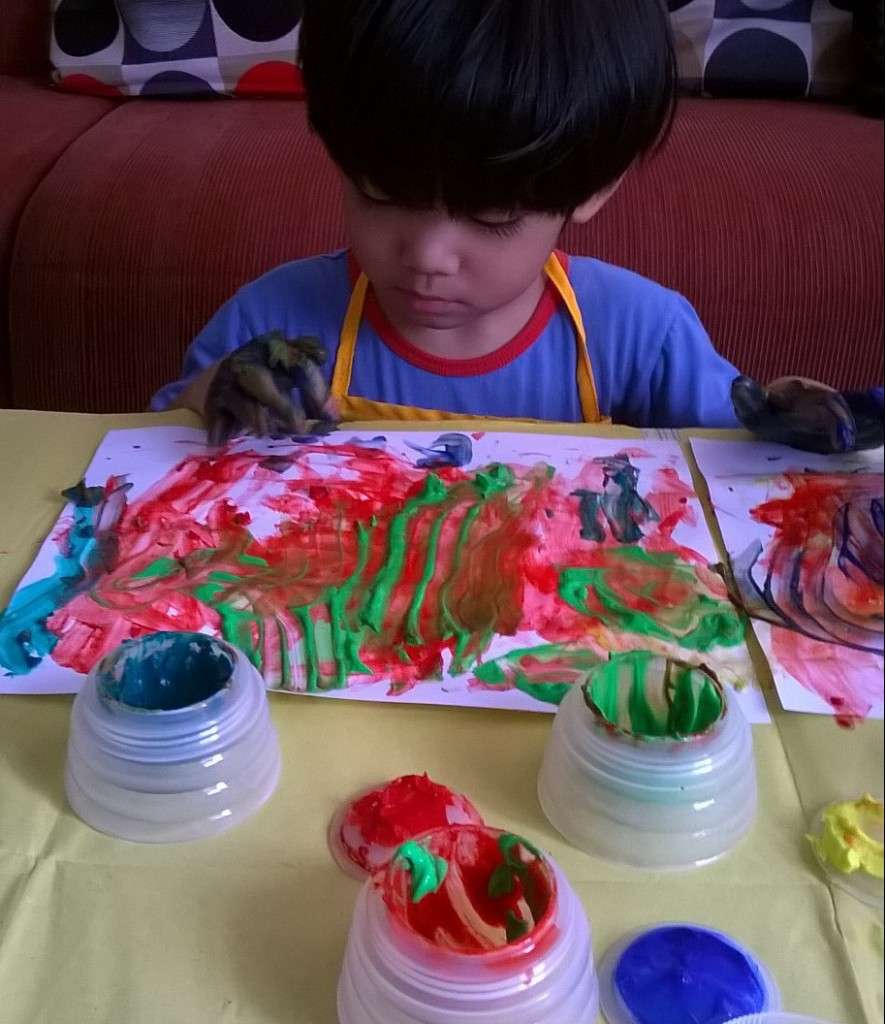 Back in the day, I was already writing in my Nursery class at that age. It was clear that he wasn’t ready and I am so glad that I didn’t force him. Right now, he loves to write and I mean he really writes a lot. He writes legibly and quickly because we spent time writing together. He copied my strokes and even my speed! We totally ditched his tracing books when we he was learning to write.

I also allowed him to write as he pleased. Meaning as long as it looks exactly like the letter, it’s okay. It didn’t matter to me how he did it. “A” still looked “A” even if he drew a mountain and a line in the middle. “S” was done like a lightning at first before I asked him to make it more curvy. Letting him do it his way removed the intimidation to write perfectly. I eventually introduced the correct way to do it. By then he was more receptive to adjustments. 🙂 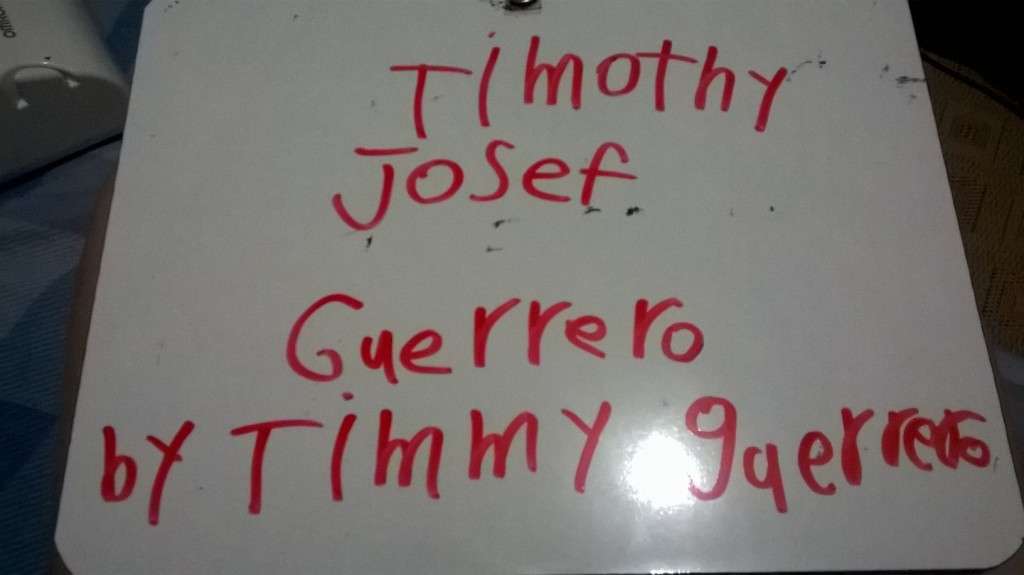 Don’t be afraid to pullback

It’s very easy to be swayed by people telling you that your child needs to do this by this age. The urge to push them to do something they’re not yet ready for is there. I still fail in this area. Sometimes I teach Timmy something that he’s not yet ready to comprehend and we both end up being frustrated. God is constantly humbling me in this area, reminding me about readiness over and over again.

I remember trying to teach him skip counting by 3’s since skip counting by 2’s, 5’s, and 10’s were easy for him. First of all, my timing was wrong. I was trying to teach him a concept at 7:30pm because I felt that all he did was play that day. I just randomly thought of giving him something to do. When I started to teach him, Timmy immediately said, “Mommy, tomorrow na lang. Let’s do it tomorrow.” But I felt that he didn’t learn anything that day so I said it will just take a few minutes. Of course it was a disaster. He couldn’t understand it and I ended up being frustrated. 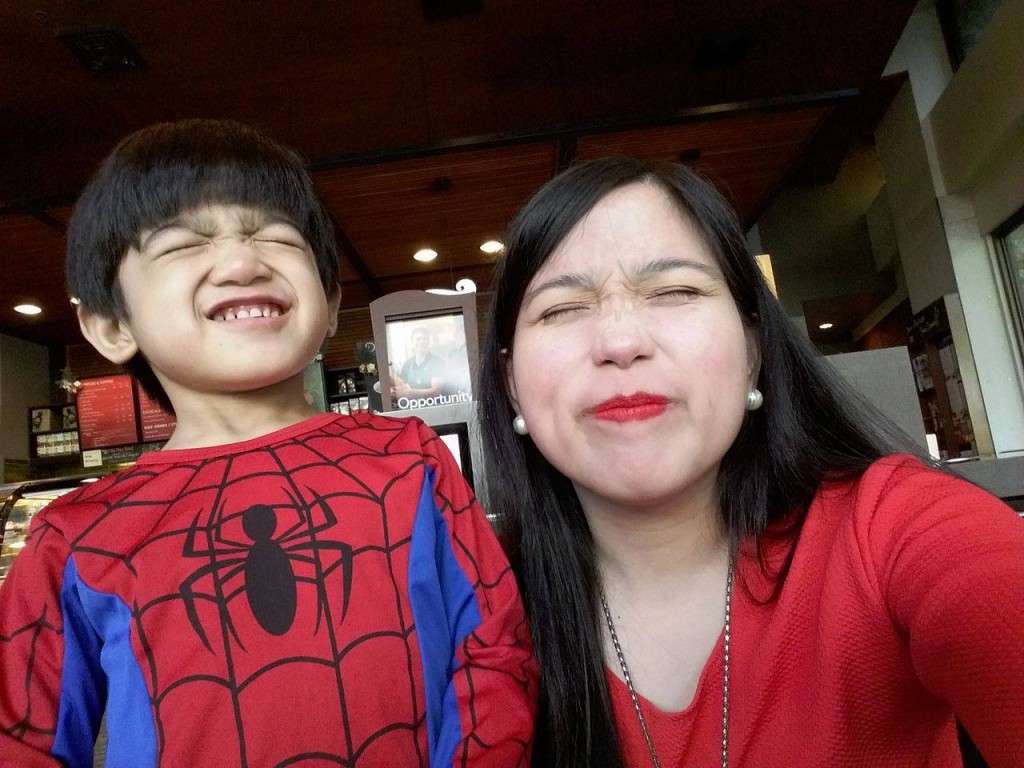 I introduced the same concept again during our usual homeschool time and Timmy got it quickly. I was too stubborn to listen and too proud to admit that my teaching technique was wrong. I was so paranoid that playing doesn’t teach him anything when in fact he learns a lot through play. I sometimes listen too much to what other moms are saying they are doing or what other kids are doing in regular school that I fail to see things from my son’s point of view.

Timmy loves learning and I am so grateful for that. He likes learning new things but when I introduce it to him at a time when he’s in play mood, he won’t cooperate. Sometimes I give him too much for the day when I feel like he had too much gadget time (i.e. extra 30 minutes which I failed to monitor) so he needs to do more in homeschool activities. This almost always doesn’t end well. The joy in his eyes when we started would be totally gone when we’re going overtime. 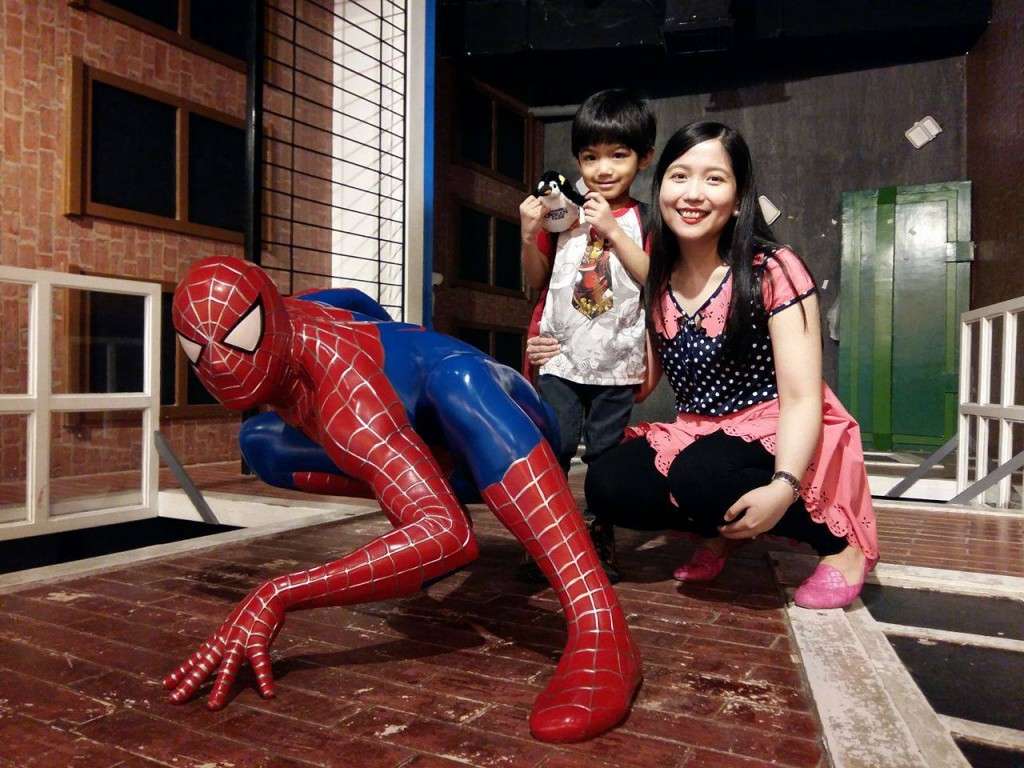 A lot of times our learning struggles come from me. I tend to overlook his readiness, I come in unprepared for the day, and I pressure him to learn at my pace and not his. I lose sight of the purpose of homeschooling. This is why I need the Lord to guide me, humble me, and make me see things from my son’s point of view. Sometimes God would gently remind me after a tension-filled 30 minutes that Timmy is a cooperative and obedient boy. It was my approach that caused the tension.

Readiness is everything. It’s what makes a child absorb concepts like a sponge. It’s what gives them a sense of awe when they discover something new. Most of all, it’s what makes learning more enjoyable. I have a lot to learn in this area as Timmy and I grow together in our homeschooling journey. 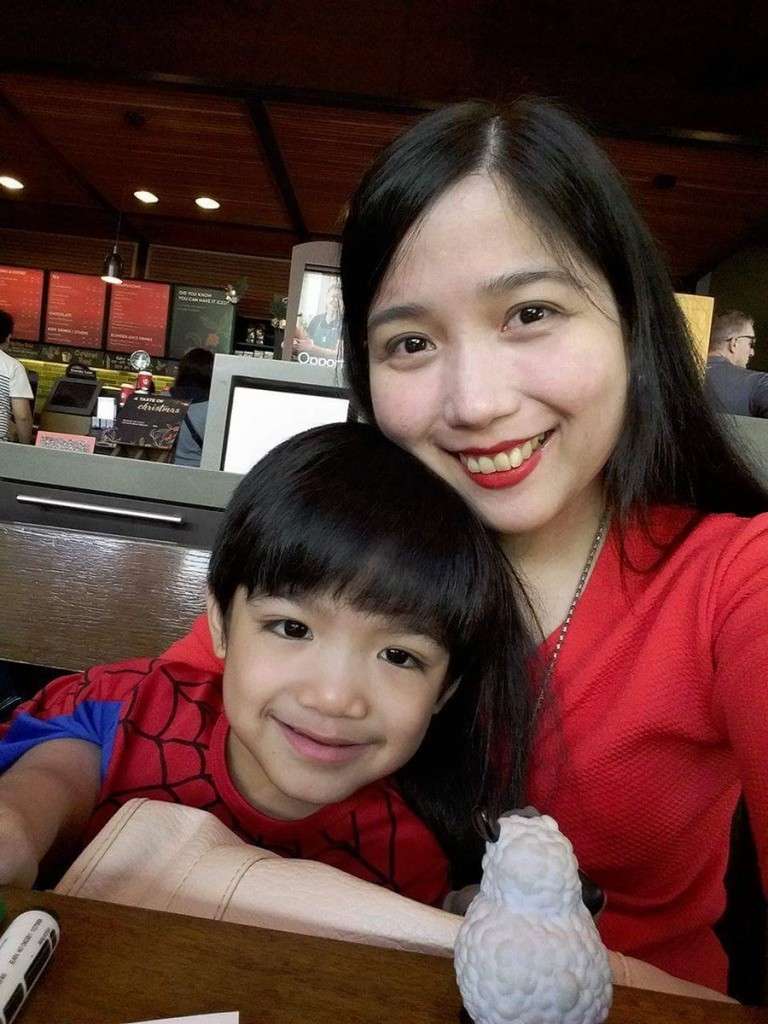 Ecclesiastes 3:1 says, “There is a time for everything, and a season for every activity under the heavens.” It then goes on to detail different seasons in our lives. Homeschooling is also but a fleeting season, which is why we should cherish it all the more. Let’s replace rush with readiness and push with pullback. They’ll get there anyway, everybody does. 🙂