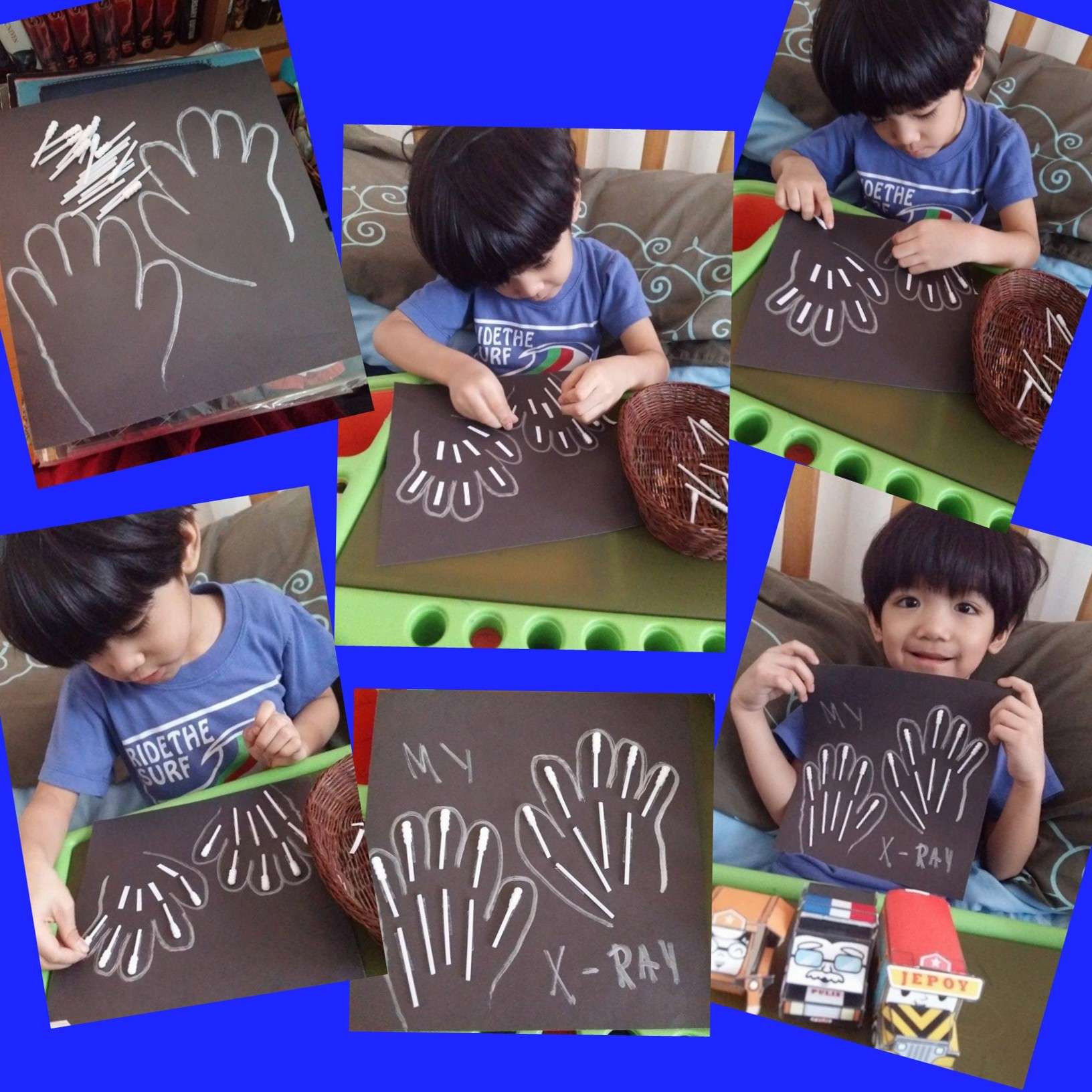 X is for X-Ray

For our “X” week we focused more on the phonetic sound of X rather than the words that begin with it. It was a fun week for us with multiple eXperiments, fun crafts, and games! 🙂 Here’s how our eXciting week went:

Books and the Bible

We did a review of our first memory verse back when we did our T week (we didn’t do the letter of the week chronologically, we spelled Timothy’s name first). It was also the first verse Timmy memorized. We learned how important it is to be an eXample in our words and actions. 🙂

For our real verse of the week, we had Philippians 4:6-7. I embedded the verse videos below which helped Timmy (and me!) memorize the verses. To be honest, I needed our memory verse more than he did. Haha! I had a lot of worries that time so singing and saying “Do not be anXious about anything” every day was very encouraging for me. 🙂 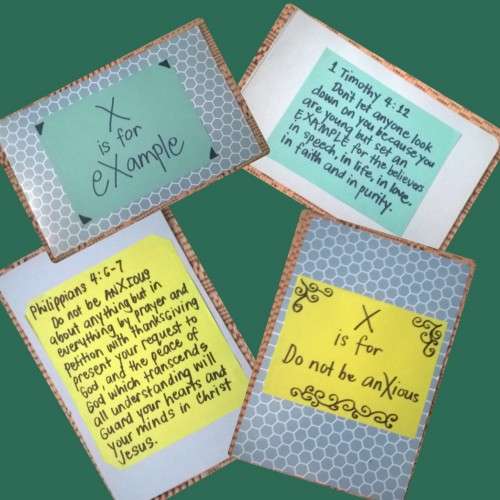 We read books that had a lot of X phonetic sounds and “Fox in Socks” by Dr. Seuss is full of it! Haha! We also read “Hello, Red Fox” by Eric Carle, which is a great interactive book. The reader has to stare at the picture on the left page for a few seconds before looking at the small black dot (against a bare white page) on the right page. It will then form the same image you saw on the left but in a different color. So like in the cover you will see a green fox but if you do the exercise, you will actually see a red fox! Pretty cool, huh? 🙂 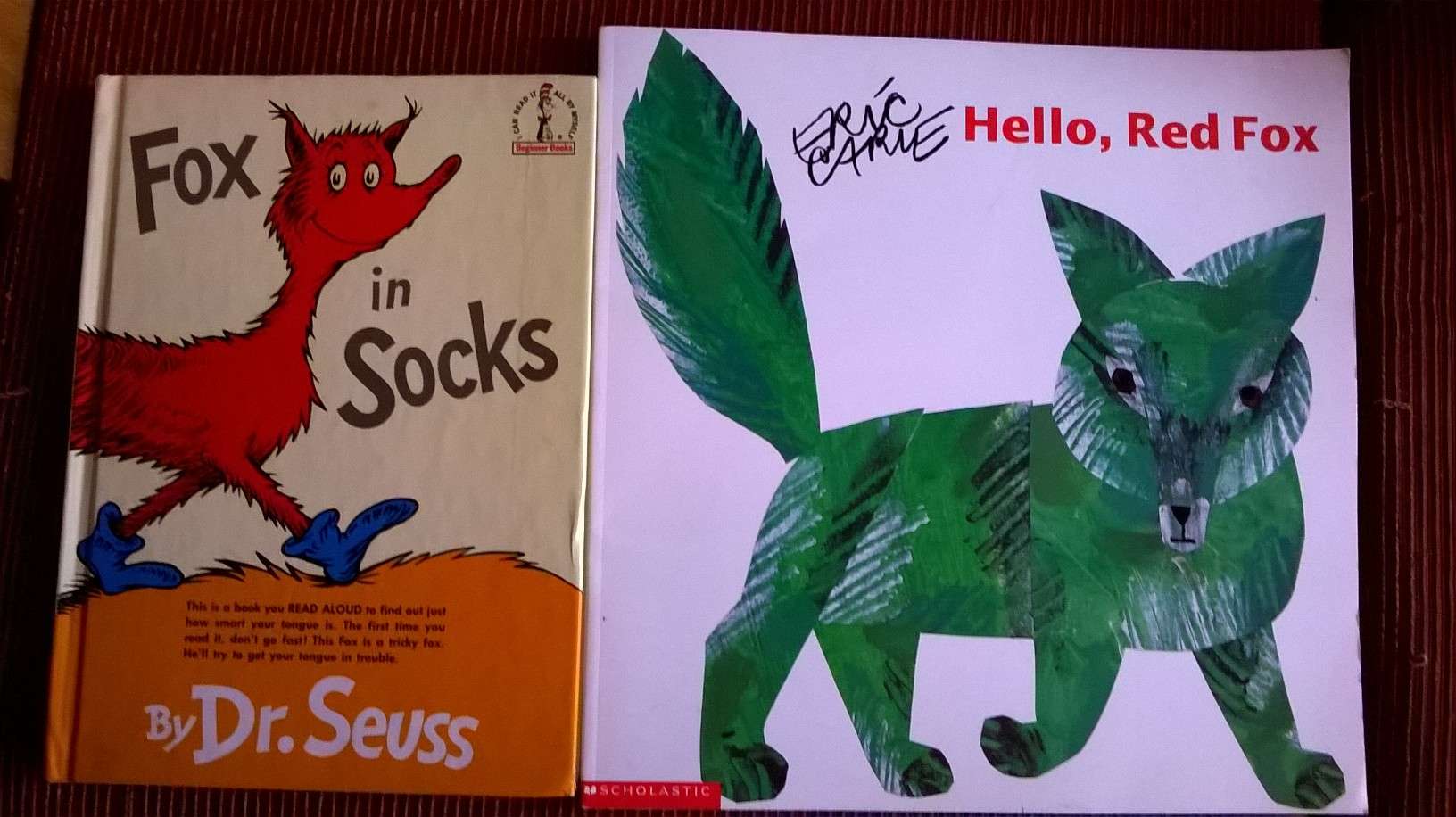 Timmy outlined the big X and small x using his number stickers. 🙂 I was thinking of something that would excite him in doing this activity. He loves anything with numbers so we used that to form the Xs! That card that he was holding is Mr. Bee, his pseud0-pet. 🙂 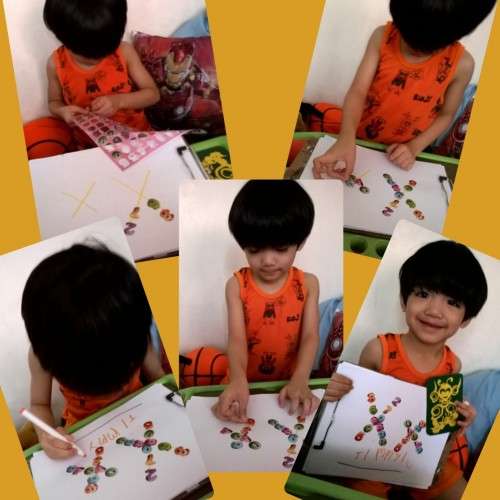 We did a “less than” exercise and a counting activity. To make it more engaging, I used his number and smiley stickers! These stickers are really cheap! I bought them for PHP 20.00 per set. You can usually find them in bazaars, Book Sale, and Robbie Sticker kiosks. I tend to hoard whenever I see them. Haha! Well, a mom should never run out of stickers, right? 🙂 Besides, it’s not only good for activities but also for rewards! 🙂 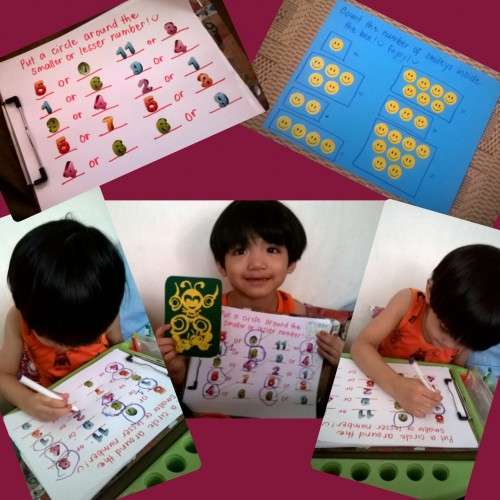 For science, we did three eXperiments! 🙂 First was the classic volcano experiment using vinegar, baking soda, and food coloring. 🙂 Timmy thought it would explode that’s why he was covering his ears. Actually, it was my bad because while I was giving the instructions I used the word explode. Oops! I had to tell him that it was more of like a fluffy kind of explosion. Haha! 🙂 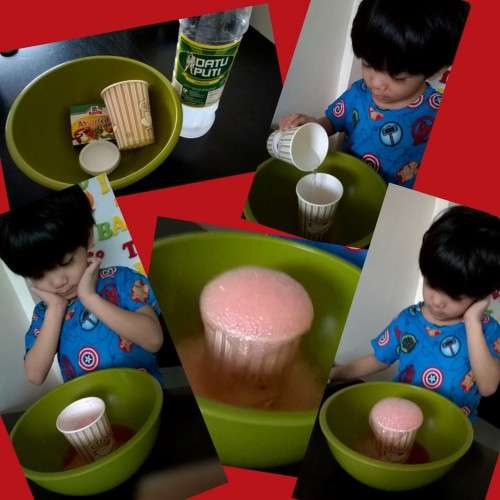 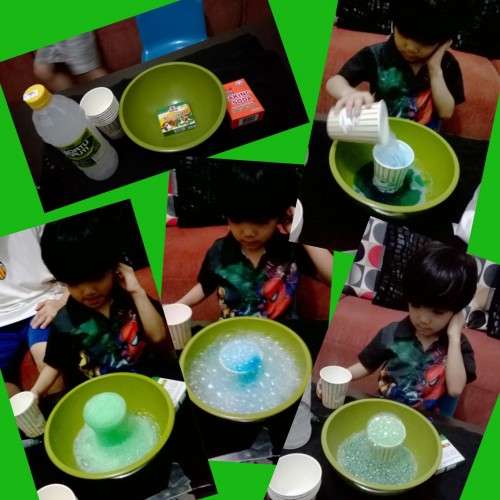 The next experiment we did was a variation of the first one called bubble fizz. You need the same materials plus a dropper. 🙂  Here’s a video of Timmy doing the bubble fizz experiment. 🙂 If I want him to be busy for a long time I make him do this. Haha!

Another eXperiment we did when we featured "X" as our letter of the week. Baking soda and vinegar are often used for volcano experiments. But for extended fun and novelty, we used it for Bubble Fizz! 🙂 Materials used: baking soda, vinegar, food coloring, and dropper. :)#welovehomeschool #guerrerohomeschool #homeschoolingTIM #homeschoolinginthePhilippines

Posted by The Vine That Writes on Thursday, November 5, 2015

Another experiment we did was magic milk! For this you need milk, food coloring, dishwashing liquid, and Q tips. This one is very addicting, too! 🙂 Here’s Timmy doing his magic milk experiment. 🙂

Milk Magic! We used full cream milk, food coloring, dishwashing soap, and cotton buds. The soap reacts with the protein in the milk, setting the molecules in motion! When you simply drop the food coloring there's no reaction but when you drop the detergent the food coloring moves within the milk creating beautiful swirls! 🙂 We did this eXperiment when we had "X" as our letter of the week last week. 🙂 Timmy really enjoyed this activity so we did it again! 🙂 Try it with your little one! #welovehomeschool #homeschoolingTIM #learningthroughplay

For our crafts, Timmy did an x-ray of his own hand! We used black colored paper, silver Sharpie (any silver pen will do), and Q tips! 🙂 We traced Timmy’s hand and used double sided tape to keep the Q tips in place. Peeling off the tape is a good fine motor exercise. The result was pretty awesome! 🙂 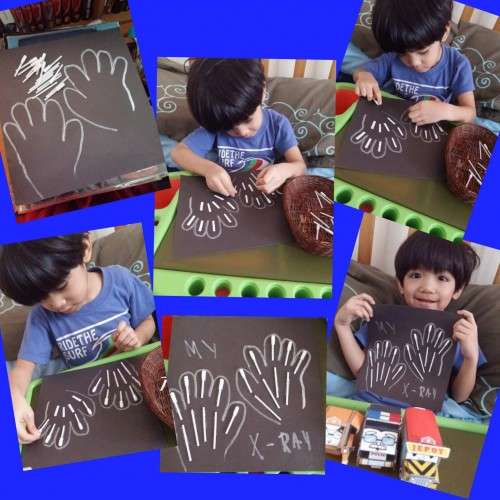 Of course, our X week wouldn’t be complete without playing the classic tic tac toe! 🙂 Timmy would always write the Xs and I would write the Os. 🙂 It’s such a fun and simple game that you and your little one can do anytime, anywhere! There were instances when I would let Timmy win but there were also times when I would beat him to show him the real deal. Haha! 🙂 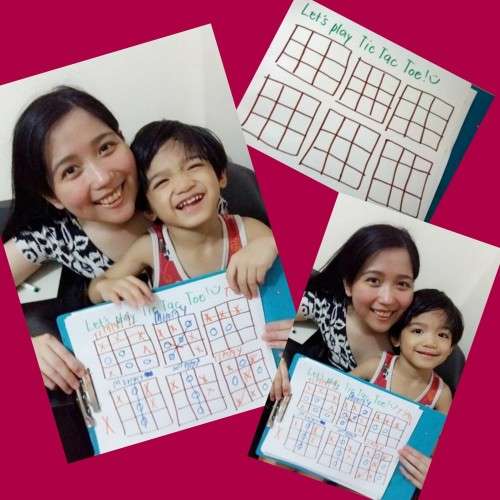 I have two letters left to post so watch out for our Q and Z week. Also, I’ll be posting our activities when we rowed (it’s a Five in a Row lingo when you’re using a book for unit study) “If Jesus Came to My House.” 🙂 Thanks for dropping by! Ciao! 🙂