Being a mom is like having a new set of eyes. You start to see things differently when you look at it from your baby’s point of view. As I watch my baby grow day after day, month after month, my eureka moments have been growing, too. Here are some of the things I’ve learned from my 10-month-old baby:

1. Survive and thrive. Timmy was born prematurely. He stayed in the NICU for a month. In those 30 days I saw Timmy pass the surviving stage and move quickly to the thriving stage. He wasn’t settling for having stable vital signs and merely exhibiting signs of survival. He showed significant improvements daily until we were able to take him home. Timmy reminded me that we’re not just born to exist; we are here to thrive, to give our best, and to fight a good fight. 🙂 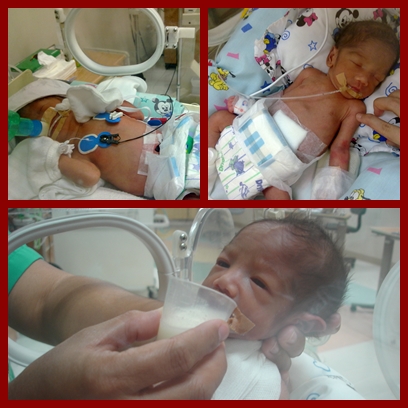 2. Contentment brings peace. Timmy is only preoccupied with the basic things in life. He cries when he’s hungry or sleepy. After I feed him or put him to sleep, I can see that his contentment brings him peace, too. He’s content with whatever milk or solid food we give him. He’s happy with his books and toys; and he’s not asking for more. Contentment gives our baby a peaceful and joyful disposition. I’ve learned that literally having our “daily bread” is all we need and we can be content with that. 🙂 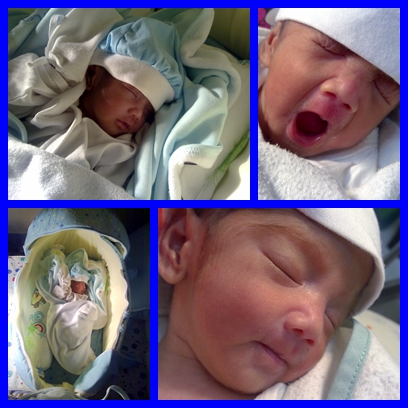 3. Laugh out loud. When Timmy laughs, he does so with reckless abandon. He doesn’t care if laughs too loud or if he snorts in a funny piggy way. He just laughs to his heart’s content. Joy seems to come naturally for babies. On the flip side, I’ve observed that being grumpy comes naturally for adults. We’ve allowed joy-stealers to rob us of the happy moments we ought to enjoy. I am reminded that there are so many things we can laugh about and sometimes we just need to give in and crack up. 🙂 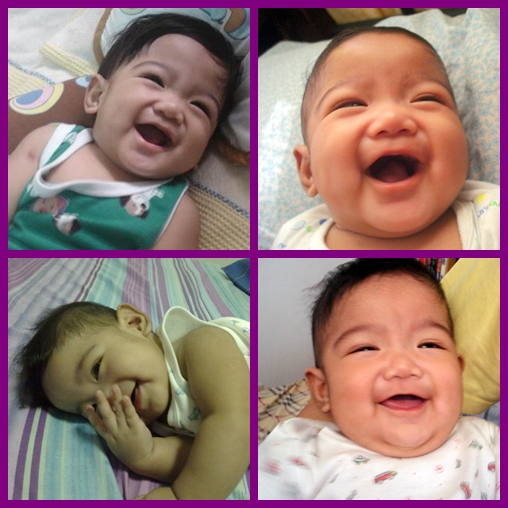 4. It’s okay to be vulnerable. Babies are not afraid to admit that they need you. Timmy would extend his arms if he wants to be carried. He cries when he’s in distress. He clings on to me when he needs comfort. I’ve realized that you don’t have to pretend to be strong all the time. Being a mom sometimes makes me think that being weak is unacceptable. This, of course, is not true. There’s nothing wrong with extending your arms if you need a hug or letting someone know that you need company. My baby taught me that being vulnerable is more than okay. 🙂 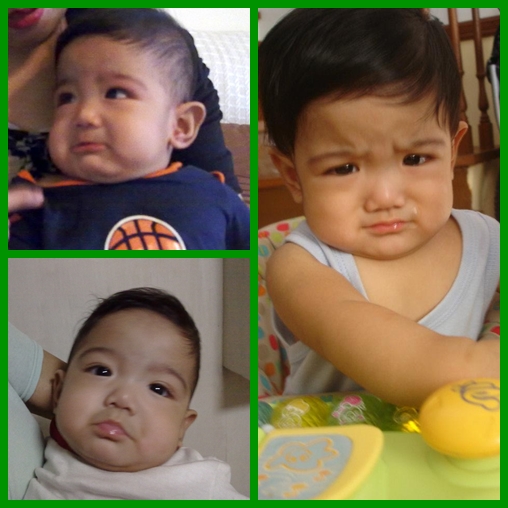 5. Smiling makes a difference. Every time Timmy smiles it automatically makes us smile. It’s contagious and really heart warming. For example, when I’m putting him to sleep and it’s getting longer than usual, I begin to feel annoyed. What Timmy would often do is all of a sudden put his head up, peek at me, and flash a big smile, teasing me as if to say that he’s not sleepy at all! Annoyance? Gone. Haha! I’ve realized that smiling is a person’s way of saying he’s glad to see you and he’s happy that you’re there. It’s a gesture of delight that makes the recipient feel important and somewhat special. 🙂 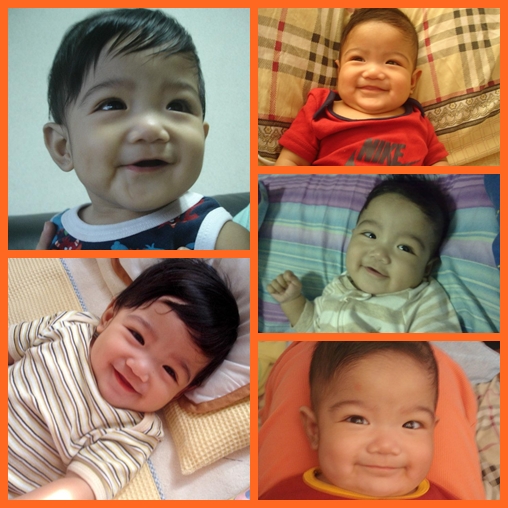 6. When all else fails, sleep. Timmy’s perfect escape is sleeping. When he’s in pain, he would cry and eventually sleep. When he was operated for Hernia when he was 2 months old, the doctors had difficulty placing an IV line for his dextrose. They pricked him around 15 times or so. Every time the insertion was done he would wail but once the needle is pulled out he would sleep. It’s like he has a switch that he turns on so he can doze off. When he’s getting stressed with too many people, he sleeps. He then wakes up when he feels that he’s just with mommy and daddy. It’s like he’s pretending to sleep so that people won’t bother him then he’ll just wake up to play with us. Haha! His creative coping technique was a great reminder that when the pain is too much or the stress is way over the top, the best way to go is sleep. Even God created a day for rest—so that should say a lot. 🙂 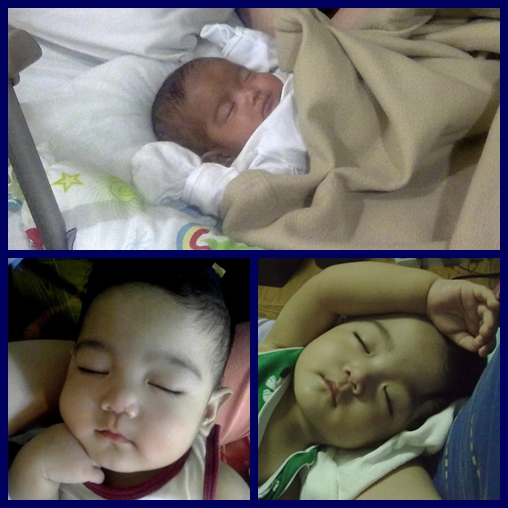 7. Playing is a necessity. In a baby’s world, playing is a part of the schedule. In fact, it occupies most of Timmy’s schedule! 🙂 His energies are spent moving and screaming in the playpen, his walker, or our bed. He enjoys every bit of it even if it’s just throwing stuff or grabbing things. He is not mindful of time when he’s in play mode. His recreation time got me to thinking that I should also schedule some time for play. Play for me means reading, writing, watching my favourite TV series, scrapbooking, and doodling. I realized that recreation actually balances one’s routine. For my new play time schedule, I have my baby to thank for. 🙂 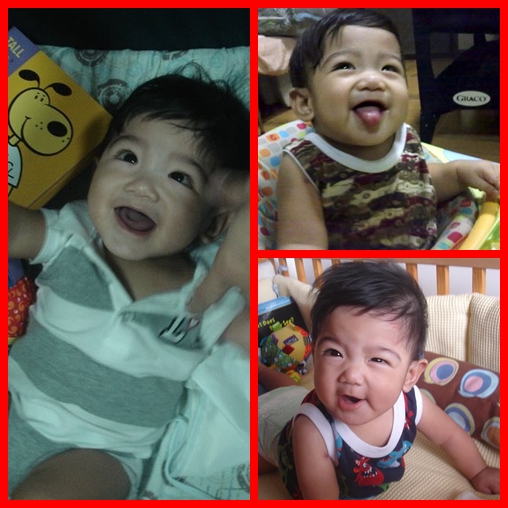 8. Failing is an opportunity to try again. We saw Timmy fail so many times. He failed in turning, crawling, sitting, and standing. But that didn’t stop him from trying again. The number of times he failed was equal to the number of times he tried again. Slowly, he was able to turn, crawl, sit, and stand. Soon he will learn how to walk even though right now he’s at the failing stage again. Timmy didn’t allow failure to stop him from trying. Looking at him reminded me that I used to have that tenacity before; I was once a baby that failed but kept trying. It made me realize that failure is not equivalent to a dead end; it is an opportunity to get back on track and try again. 🙂 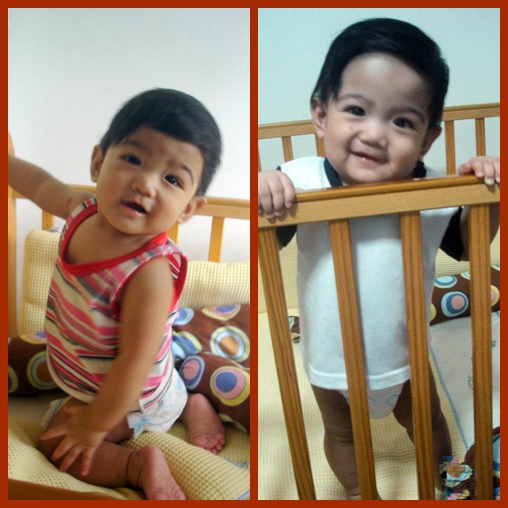 9. Don’t stop exploring. Timmy is one curious boy. He likes to tinker with toes, our remote control, the alcohol bottle, our laptops, the rug—practically anything he can get his hands on. He would tiptoe and look by the window to see what’s outside. He would hold on to anything just to be able to stand. He likes new things and he explores the objects around him. Trying something new is an exciting thing. Like him, there are a lot of opportunities I am starting to explore, thanks to our curious little boy. 🙂 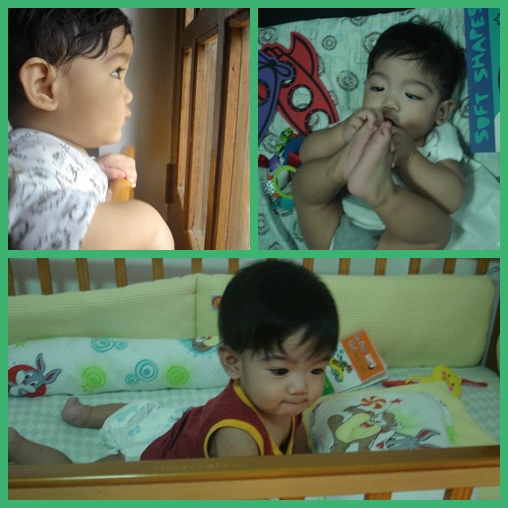 10. Have faith. You’ll know childlike faith when you see one. Timmy has pure untainted faith. He doesn’t question our decisions about his health or eating habits. I know eventually he will when he grows up. But that’s the thing about childlike faith—there’s no room for questions or doubts. He agrees because he knows that he can trust mommy and daddy even if we make mistakes. He looks at us and sees security and reliability even though we’re imperfect. The way he places his faith in us—that we will do only what is best for him—made me re-evaluate my relationship with my heavenly Father. There were moments when I doubted if God really knew what He was doing. But when I look back at those faith-shaking moments, it all ended up with God proving, “Yes, I know what I’m doing.” Throughout my life I realized that I need to have that childlike faith in our sovereign perfect Father for He truly knows what is best for me. And that means total surrender, absolute dependence, and everything else in between. 🙂 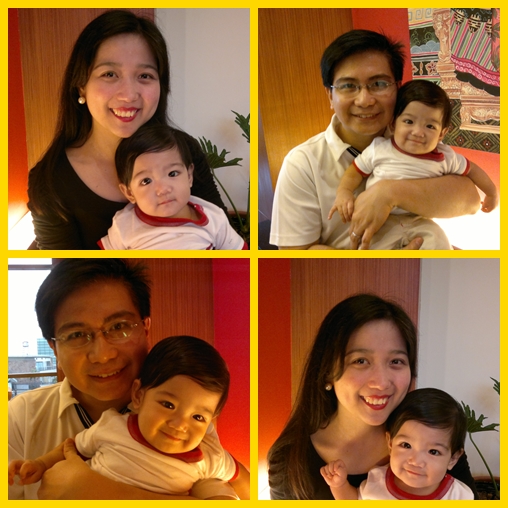 Being a mom is such an undeserved blessing and a gracious privilege. God gave us a child not only to rear and to teach but also to learn from. I’m sure there’s more to learn as he grows up and I look forward to those lessons in the coming years. In the meantime, I’m enjoying and relishing each moment I have with him as a baby, learning the ropes of motherhood as I go along. 🙂